The Manchester United midfielder, who scored France's third goal in the 4-2 victory over Croatia, had donated them to a French charity. 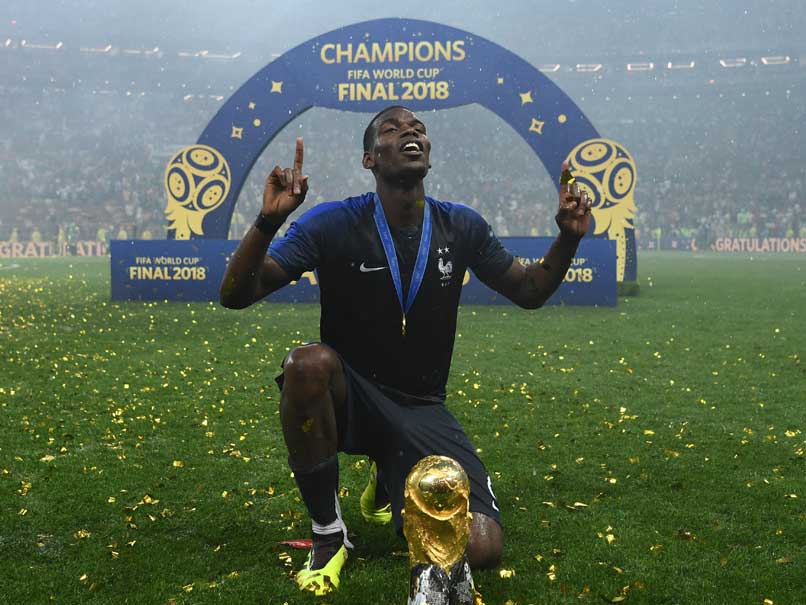 The football boots with which Paul Pogba effectively won the World Cup for France last year were sold for 30,000 euros ($33,470) at a Paris auction on Monday. The Manchester Unitedmidfielder, who scored France's third goal in the 4-2 victory over Croatia, had donated them to a French charity which helps high school students from tough areas. Christie's auction house had hoped that the boots would go for between 35,000 and 50,000 euros. Pogba, who grew up on a deprived estate in the Paris suburbs, also donated the France shirt he wore during the team's victory over Iceland in the Euro 2016 quarterfinal, in which he also scored.

And another shirt which he wore in a 2017 World Cup qualification game against Holland went for three times its estimate at 3,000 euros.

The gifted midfielder's uneven form for Manchester United has made him a target for criticism, which may explain why a shirt he wore for the club in a game against West Ham in 2017 only sold for 400 euros.

And a number of other shirts did not sell at all, including one he wore for the Italian club Juventus in their Champions League victory over Manchester City in 2015.