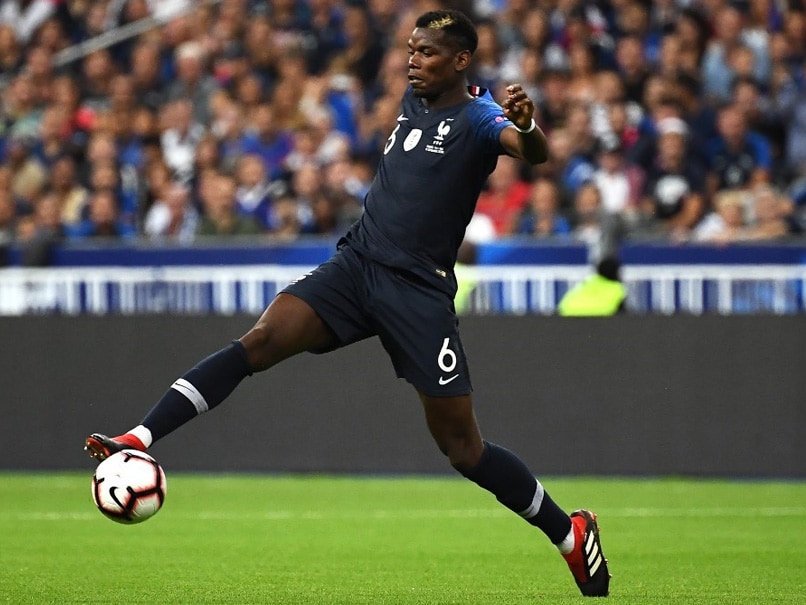 Paul Pogba has been replaced in the France squad by Eduardo Camavinga.© AFP

Manchester United midfielder Paul Pogba was omitted from the France squad announced Thursday for next month's Nations League matches against Sweden and Croatia after testing positive for Covid-19, coach Didier Deschamps said. World Cup winner Pogba has been replaced by teenager Eduardo Camavinga, who was called up for the first time alongside Lyon midfielder Houssem Aouar and RB Leipzig defender Dayot Upamecano.

"Unfortunately he underwent a test yesterday (Wednesday) which was revealed to be positive this morning," Deschamps said of Pogba's absence from the group.

Juventus midfielder Adrien Rabiot was also recalled for the first time in over two years after he refused to go on the standby list for the 2018 World Cup.

"He's found a very good level again. We can't go back, I'm not someone who likes to take radical decisions. He remained selectable," explained Deschamps.

Blaise Matuidi, 33, was overlooked following his recent move to David Beckham's Inter Miami in Major League Soccer as Deschamps decided to give a chance to some younger players in midfield.

France will travel to Sweden for their opening Nations League game on September 5 before returning home to play Croatia three days later. Their last international was the 2-0 victory over Albania on November 17.

France Football
Get the latest updates on ICC T20 Worldcup 2022, check out the Schedule and Live Score. Like us on Facebook or follow us on Twitter for more sports updates. You can also download the NDTV Cricket app for Android or iOS.