The bad news continued for Barcelona on Sunday when the club reported that injury-prone French forward Ousmane Dembele tweaked his right hamstring in the loss to Cadiz the day before. 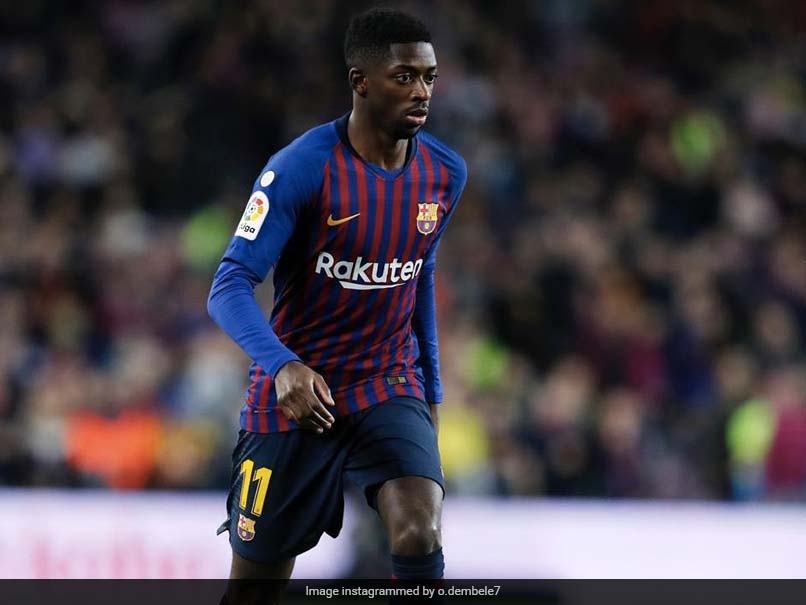 Spanish media estimated that Ousmane Dembele would be out for one to two weeks.© Instagram

The bad news continued for Barcelona on Sunday when the club reported that injury-prone French forward Ousmane Dembeletweaked his right hamstring in the loss to Cadiz the day before. "It is minor and the progress will determine his availability," said Barca in a statement. Spanish media estimated he would be out for one to two weeks. Dembele suffered a string of serious injuries to his right hamstring last season and appeared in only nine games for Barcelona. This season he has already played 12 times and scored four goals, including one in a Champions League victory at Ferencvaros on Wednesday.

He came on at half-time in Cadiz, with Barcelona already a goal down in a match they eventually lost 2-1.

He joins a growing injury list at the Camp Nou.

Teenage phenomenon Ansu Fati, Sergi Roberto and defender Gerard Pique all suffered serious injuries in November and will be out until next year. Defender Samuel Umtiti is another long-term casualty.

Manager Ronald Koeman has been rotating other players who are carrying knocks, including goalkeeper Marc-Andre ter Stegen and defender Clement Lenglet. Both returned to the team on Saturday and made costly errors.

The loss in Cadiz dropped Barcelona to eighth, 12 points behind leaders Atletico Madrid. Both clubs have played 10 games.

"A gap of 12 points to a team as strong as Atletico Madrid is a lot," said Koeman on Saturday.

"There are still games to be played, but if we don't improve our attitude and our consistency away from home, we can't have a say."

Ter Stegen made his first error after eight minutes, staying on his line at a corner and then flapping at a soft close-range header from Alvaro Gimenez.

With the scores level after 64 minutes, Lenglet, in his won penalty area, failed to control the ball from a Barcelona throw-in. Ter Stegen charged out but whiffed on his attempted clearance, knocking the ball against Alvaro Negredo who rolled it into an empty net.

"We conceded goals that I can't think of other teams I've coached letting in," said Koeman.

"We have to improve. When you don't have the ball, you have to go into battle with your opponent. I'm very disappointed.

"The attitude was not good tonight, not only from the defenders."

Barcelona have won just four games in La Liga but have been imperious in the Champions League, winning all five games.

"They are different competitions," said Koeman. "Defeat is difficult to explain. We were coming off good games."

Barcelona Ousmane Dembele Football
Get the latest updates on IPL Auction 2023 and check out  IPL 2023 and Live Cricket Score. Like us on Facebook or follow us on Twitter for more sports updates. You can also download the NDTV Cricket app for Android or iOS.