No Giant-Killings As Crystal Palace, Wolves Into FA Cup Quarter-Finals

Palace won 2-0 away to third-tier Doncaster Rovers, the lowest league club still in the competition, while Wolves beat Championship side Bristol City 1-0. 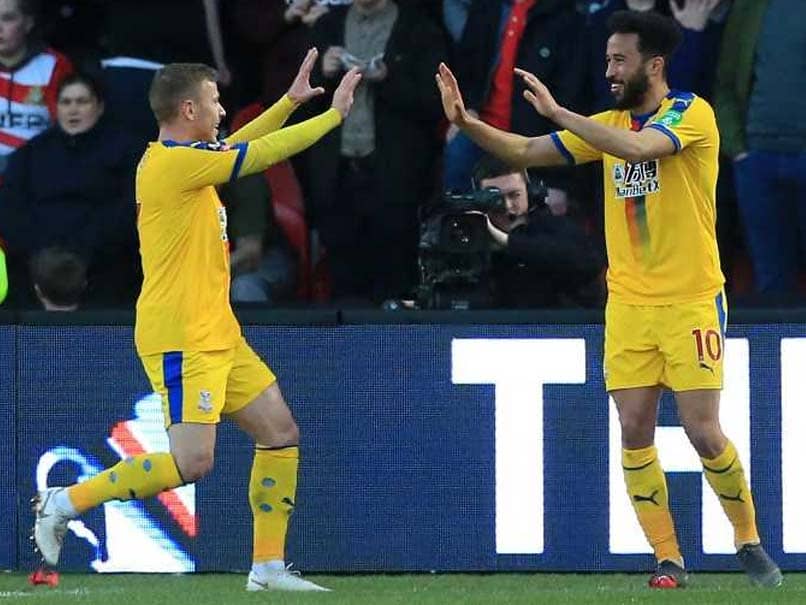 Crystal Palace and Wolverhampton Wanderers ensured they avoided becoming the latest Premier League clubs to be on the wrong end of a giant-killing in the FA Cup as they each beat lower league opposition on Sunday to book their places in the quarter-finals. Palace won 2-0 away to third-tier Doncaster Rovers, the lowest league club still in the competition, while Wolves beat Championship side Bristol City 1-0.

The day's other fifth-round tie saw Swansea beat 10-man Brentford 4-1 in an all second-tier clash.

First-half goals from Jeffrey Schlupp and Max Meyer proved enough for Palace to win in Yorkshire.

Schlupp's low strike gave the Eagles, managed by ex-England boss Roy Hodgson, an early lead which Meyer double with a close-range header in stoppage time at the end of the opening period.

League Two Rovers enjoyed plenty of possession and got several shots away, but the difference in class between the two sides told in the end.

"We obviously knew if we got past this round we'd be in a good position to get to Wembley," Schlupp told the BBC.

"It's a special tournament and hopefully with the luck of the draw, we might get a lesser team to have a better chance of getting through."

Cavaleiro wins it for Wolves

Earlier, Ivan Cavaleiro's goal was enough to secure an away win for Wolves at Ashton Gate that saw the four-times FA Cup winners end their 16-year wait for a quarter-final appearance.

Bristol City had their chances but midfielder Cavaleiro's 28th-minute finish helped end their 15-match undefeated run and nine-match winning streak although it needed several fine saves from Wolves goalkeeper John Ruddy to secure victory for his side.

"Of course the goal was important and I'm very happy to score but the most important thing is the team move on to the next round," Cavaleiro told BT Sport.

Wolves manager Nuno Espirito Santo added: "It's hard to defend when they put so many people in the box and you just hope for the best sometimes."

Asked about the draw, the Portuguese coach added: "You have to go game by game. I would like to play at home."

Brentford took the lead just before the hour mark through Ollie Watkins' shot into the top corner.

But that was as good as it got for the Bees at the Swans' Liberty Stadium ground.

Early in the second half, the hosts equalised through a Luke Daniels own-goal before Dan James ran the length of the field to make it 2-1.

The Bees then saw defender Ezri Konza receive a straight red card for a foul on James just after the hour mark.

Bersant Celina, whose free-kick led to the own-goal, made it 3-1 in the 66th minute before George Byers added a fourth goal late on.

Wolverhampton Football
Get the latest updates on India vs England Series, India vs England , live score and IPL 2021 Auction . Like us on Facebook or follow us on Twitter for more sports updates. You can also download the NDTV Cricket app for Android or iOS.