PSG were upset at Neymar's no-show at the resumption of training last week, an absence that fuelled speculation of his possible departure back to Barcelona. 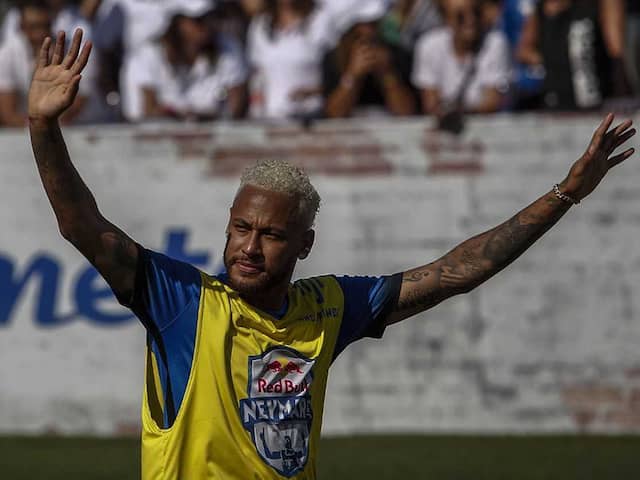 Neymar claimed he has recovered almost 100 percent from the ankle injury.© AFP

Neymar says he has recovered "almost 100 percent" from the ankle injury that ruled him out of Brazil's victorious Copa America campaign. The world's most expensive player was speaking Saturday in Sao Paulo ahead of his belated return to his club Paris Saint-Germain on Monday. PSG were upset at Neymar's no-show at the resumption of training last week, an absence that fuelled speculation of his possible departure back to Barcelona. And later Saturday he added fuel to the fire over a possible return to the Camp Nou when he posted on Instagram a mischievous 10-second video of him, a Barcelona shirt, his father, and a quote from the Bible, "No weapon turned against you will prosper." (Isaiah Chapter 54, Verse 17).

Both the player and his father had insisted last week he had prior agreement from PSG to stay in Brazil to help his foundation, the Neymar Institute.

Interviewed on the Parida Grande beach, where he took part in a five-side tournament organised by his charity, he ducked any questions regarding his future at PSG.

When he missed last Monday's first training session PSG issued a statement declaring they would take "appropriate action" against the star who joined them from Barca in 2017 for 222 million euros ($252 million).

The French champions' sporting director Leonardo said that "Neymar can leave PSG if there is an offer that suits everybody".

Of his state of fitness he told Brazilian media Globoesports and UOL, "I've recovered almost 100 percent, all that's missing is training."