Neymar will sit out Paris Saint-Germain's Ligue 1 game away at Nimes on Friday, hot on the heels of his starring role on international duty for Brazil. 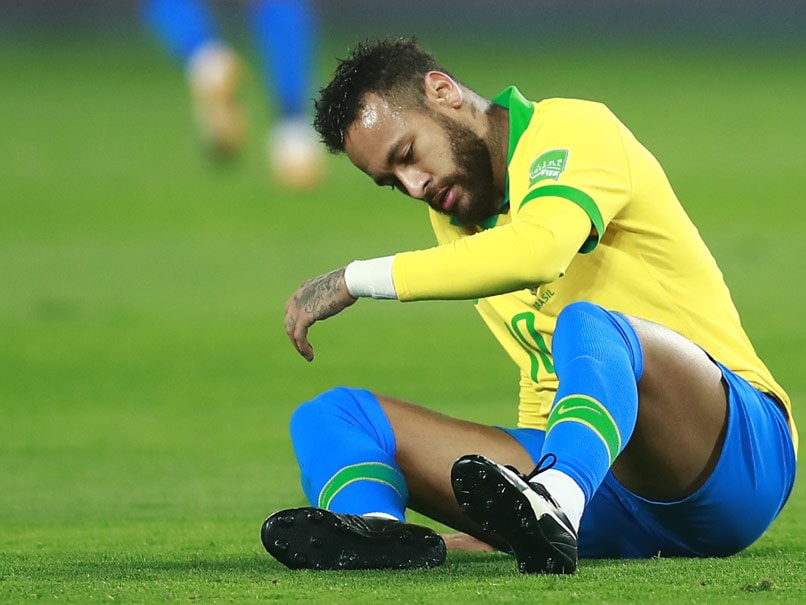 Neymar scored a hat-trick for Brazil in a 4-2 win in Peru in 2022 World Cup qualifying.© AFP

Neymar will sit out Paris Saint-Germain's Ligue 1 game away at Nimes on Friday, hot on the heels of his starring role on international duty for Brazil. The world's most expensive player scored a hat-trick for his country in a 4-2 win in Peru in 2022 World Cup qualifying. That match in Lima did not finish until the early hours of Wednesday, European time, and the quick turnaround means he will play no part for his club this weekend. Instead Paris coach Thomas Tuchel will keep the Brazilian fresh for the Champions League clash at home to Manchester United next Tuesday.

PSG are without a raft of players for the game at Nimes, where they are seeking a fifth straight win after starting the season with two straight losses.

Angel Di Maria and Marquinhos are suspended, while Marco Verratti and Mauro Icardi are among those missing due to injury.

Midfielder Danilo Pereira must wait for his debut after arriving on loan from Porto -- he is isolating after coming into contact with Cristiano Ronaldo, who tested positive for Covid-19, while on international duty with Portugal.

However, fellow new arrivals Rafinha and Moise Kean could play, and Kylian Mbappe is in the squad despite playing for France in Croatia on Wednesday evening.

Paris SG Football Neymar
Get the latest updates on ICC T20 Worldcup 2022, check out the Schedule and Live Score. Like us on Facebook or follow us on Twitter for more sports updates. You can also download the NDTV Cricket app for Android or iOS.