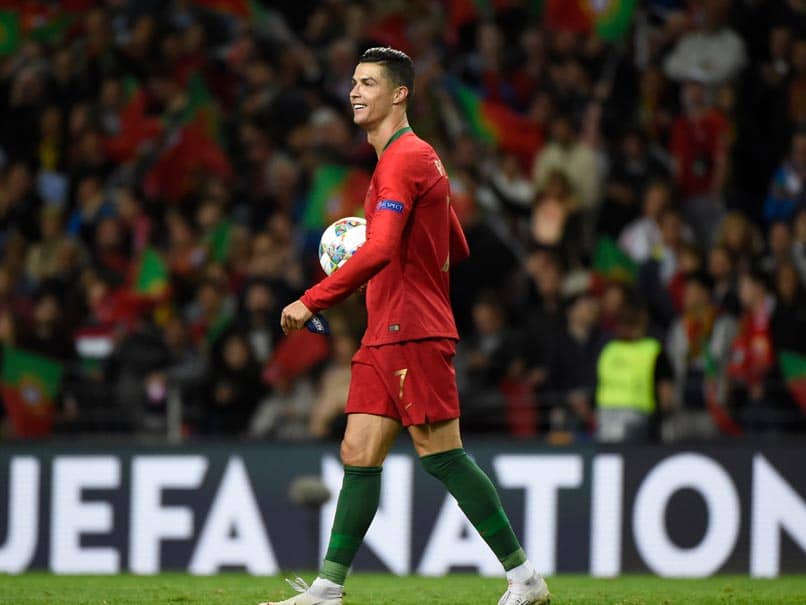 Portugal's meeting with the Netherlands to decide the first-ever winners of the Nations League on Sunday sees the unstoppable force of Cristiano Ronaldo face the immovable object in Virgil van Dijk. Cristiano Ronaldo sat out the early stages of UEFA's new competition to save his 34-year-old legs for his first season at Juventus, but returned in time to ride to the host nation's rescue once more in Wednesday's semi-final against Switzerland. The Swiss enjoyed the better of the game in Porto, but the five-time world player of the year was lethal in scoring his 53rd career hat-trick with three exquisite finishes.

"It's the preparation - my work ethic. I still feel good despite being 34 years of age," Ronaldo told UEFA.com.

"The most important thing is your head, to feel motivated and happy, and to follow my path as a player, because I think I still have a lot to give."

Portugal's run to the last four without their all-time record top goalscorer showed why hopes are high the European champions will remain a force even when Ronaldo does eventually depart the international scene.

The talent of Bernardo Silva, Joao Felix, Ruben Neven and Bruno Fernandes among others promises much, but Ronaldo remains Portugal's X-factor.

"We know sometimes it is impossible to have good defending against Cristiano Ronaldo," said the Netherlands coach Ronald Koeman.

"I think the best that we can do is keeping the ball, to have good ball possession because when we have the ball he can do nothing in attack."

However, Koeman is blessed with the man most capable of keeping Ronaldo quiet in world football at the moment in Van Dijk.

The world's most expensive defender has more than justified his £75 million ($95 million) price tag since swapping Southampton for Liverpool 18 months ago.

His transformative effect has brought back the glory days at Anfield, capped by winning the Champions League last weekend.

And now Van Dijk is also leading his country back to where they belong as a European powerhouse after failing to even qualify for the last two major tournaments.

Koeman boasted about having the best central defensive partnership in Europe even before the tournament with Ajax captain Matthijs de Ligt lining up alongside Van Dijk.

Yet, while the 19-year-old may well succeed his skipper as the world's most expensive defender in the coming weeks, Holland's 3-1 semi-final victory over England showed why he is not yet the finished article.

De Ligt's error in conceding a first half penalty could have cost his side a place in the final.

Van Dijk was first to console his young teammate and that assurance helped De Ligt to atone in perfect fashion as he scored the Dutch's equaliser before easing past an error-strewn England in extra-time.

Ronaldo may be keen for revenge against De Ligt as he also scored the winner when Ajax shocked Juventus in the Champions League quarter-finals this season.

Despite the Italian champions' elimination, Ronaldo scored his side's two goals in that tie.

But he is yet to net when faced with the more imposing and composed figure of Van Dijk.

In their only two previous meetings, Real Madrid beat Liverpool in last season's Champions League final thanks to two calamitous goalkeeping errors from Loris Karius and a wonder goal from Gareth Bale in what proved to be Ronaldo's last ever game for the Spanish giants.

The last time the two nations met, it was Van Dijk who was on target in a 3-0 friendly win for the Netherlands last March.

A five-time Ballon d'Or and Champions League winner, who has also won league titles in England, Spain and Italy, there is little left for Ronaldo to prove.

Yet, the chance to win an international tournament on home soil and avenge the pain of defeat in the Euro 2004 final as hosts will not come round again.