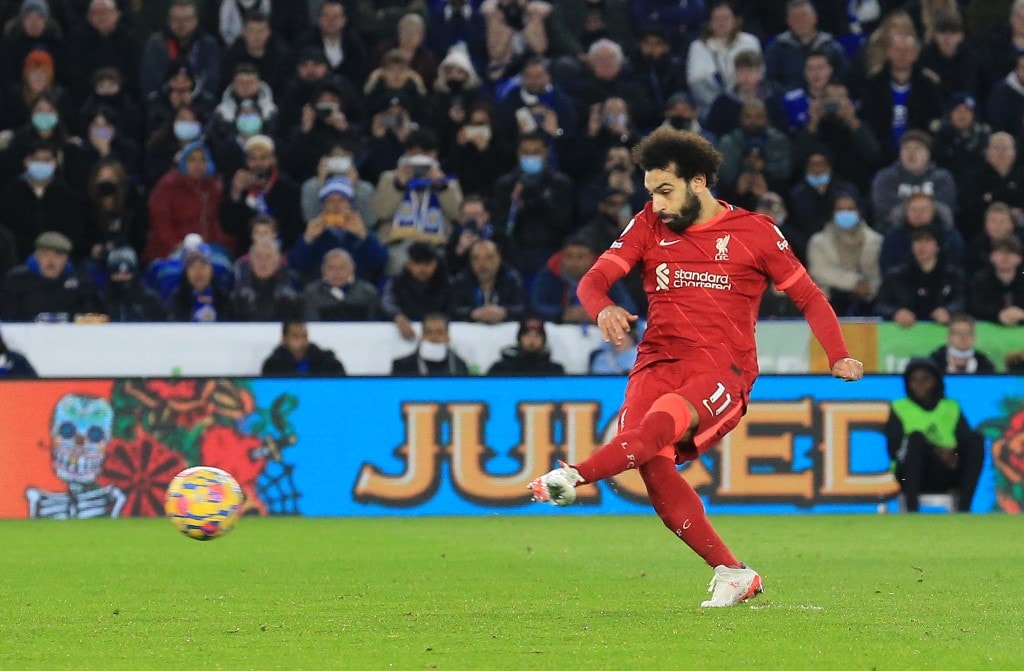 Mohamed Salah has confirmed he will see out his contract at Liverpool next season, but the Egypt forward remains non-committal on his future at Anfield beyond 2023. Salah's contract expires at the end of next season and talks over a new deal have dragged on for months without a resolution. Ahead of Saturday's Champions League final against Real Madrid, Salah said his full focus is on winning the biggest prize in European football for the second time. "I don't want to talk about the contract. I'm staying next season for sure, let's see after that," said Salah at Liverpool's pre-match media day on Wednesday.

"In my mind I don't focus about the contract. I don't want to be selfish, it's about the team. It's a really important week for us, I want to see Hendo (Jordan Henderson) having the trophy again in his hands."

However, Real's failure to land France forward Kylian Mbappe from Paris Saint-Germain has sparked speculation they could now enter the race for Salah.

The 29-year-old picked up his third Premier League Golden Boot in five seasons on Sunday as he shared the award with Tottenham's Son Heung-min on 23 goals.

The Senegal international is out of contract in 2023 and has been linked with a move to Bayern Munich.

"This question (about my future) I will answer after the Champions League," Mane told Sky Sports.

"If I'm staying or not, I'm going to answer after Champions League."

Liverpool manager Jurgen Klopp dismissed the suggestion the futures of Salah and Mane could be decided the result in Paris on Saturday.

"We are in talks with all the players but it is just not the moment to talk about the results of these talks. It's all clear.

"Players have this idea, we have this idea and sometimes they match immediately. Sometimes not and then you work together. We've known each othermfor a long time. "

Salah's 'worst moment'
In the aftermath of Real's stunning comeback against Manchester City in the Champions League semi-finals, which set up a repeat of the 2018 final between Liverpool and the Spanish giants, Salah said he had a "score to settle".

Salah was forced off early in Real's 3-1 win in Kyiv due to a dislocated shoulder after being hauled to the ground by Sergio Ramos.

The injury also left him hobbled for the 2018 World Cup as Egypt crashed out at the group stages.

"It was the worst moment in my career," he added. "I had a good season and playing the Champions League final I had to come off after 30 minutes.

"I thought we cannot lose this way. I never felt that feeling before in football.

"It was the first Champions League final for most of us. We were very disappointed. We managed to win it the year after so it was kind of revenge."

Reds captain Jordan Henderson claimed there was no need for revenge to fuel Liverpool as they aim to round off a remarkable season on a high.

Liverpool have already lifted the League Cup and FA Cup, but their attempt to land an unprecedented quadruple ended on Sunday as Manchester City pipped them to the Premier League by one point.

"You don't need any more motivation than playing a Champions League final against Madrid," said Henderson.

"They are a world class side, world class players all over the pitch. We need to be at 100 percent, but we are ready."

Liverpool Football
Get the latest updates on ICC T20 Worldcup 2022, check out the Schedule and Live Score. Like us on Facebook or follow us on Twitter for more sports updates. You can also download the NDTV Cricket app for Android or iOS.