Martin Odegaard is one of the promising youngsters who Real Madrid have loaned out this summer. 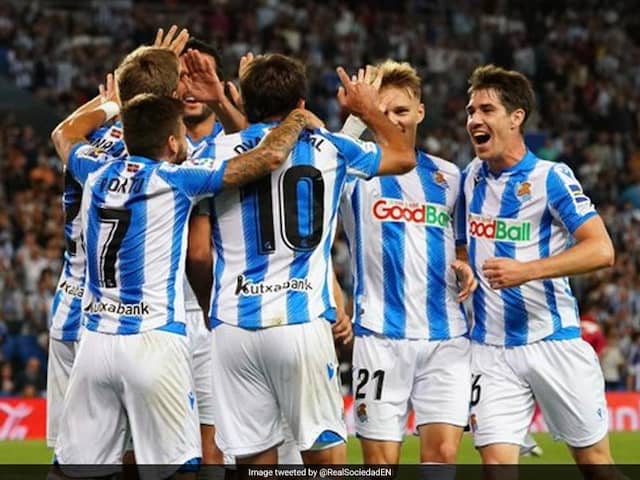 Real Madrid went top of the La Liga table following their 2-0 win over Osasuna as they continued their unbeaten run in this year's domestic season. However, despite not losing a single game in La Liga this season, manager Zinedine Zidane is under tremendous pressure following a tumultuous pre-season and a public rift with Welsh star Gareth Bale. The pressure seemed to reach the boiling point when Real Madrid were humiliated by Paris-Saint Germain (PSG) in the Champions League. But Zinedine Zidane and Real Madrid have some real talent on their books, some who are currently in the Frenchman's plans and those that aren't. Vinícius Junior is one such star for the future for Real Madrid and is currently with the team. However, another Norwegian youngster Martin Odegaard, who has been loaned out to Real Sociedad, is creating a flutter after providing a mind-boggling assist during a La Liga match.

Yooo Odegaard has got to chill pic.twitter.com/rhpCuOPBer

After picking the ball up on the right, Martin Odegaard drifted away from one opponent by nutmegging him and then threaded a stunning pass inside two more for his teammate to get at the of the inch-perfect through-ball and poke home.

Willian Jose's second and a third from the impressive Oyarzabal, this time from the penalty spot, secured a convincing win for Imanol's side, before Alaves midfielder Manu Garcia was sent off with five minutes to play.

Martin Odegaard joined Real Madrid aged just 16 in 2015 but has struggled to live up to the hype. Now 20, the Norwegian youngster finally appears to be finding his feet.