Mario Balotelli is expected to start on the bench, at best, after missing several training sessions this week due to a slight muscle injury while playmaker Keisuke Honda missed training on Thursday with flu. 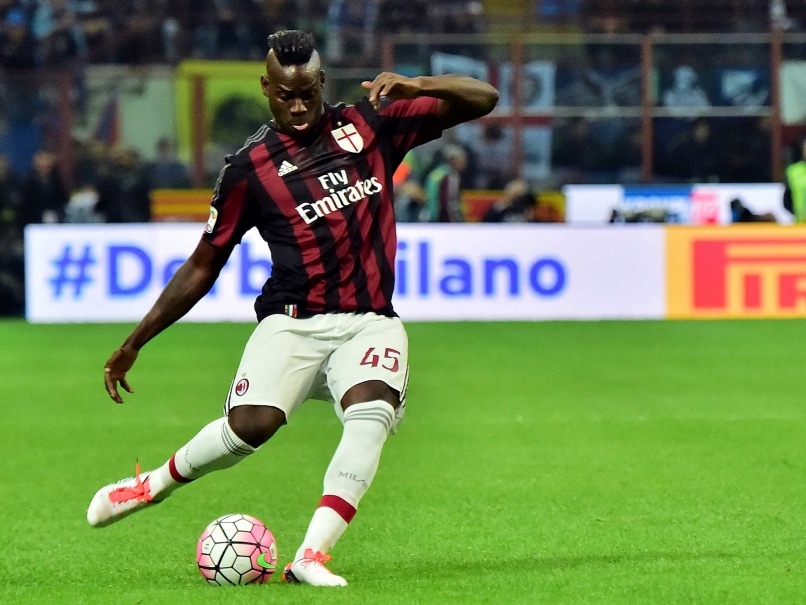 It took Napoli four games to secure their first Serie A win this season but, after shaking off the cobwebs with a 5-0 thumping of Lazio, they now have Serie A pundits purring about their scudetto-winning potential.

Napoli humbled champions Juventus 2-1 in clinical fashion at their San Paolo stadium last week when Gonzalo Higuain hit a stunner before setting Lorenzo Insigne up for the winner.

And Higuain was again on target on Thursday night when he scored the second goal in a 2-0 win at Legia Warsaw in Europa League action.

Striker Balotelli is expected to start on the bench, at best, after missing several training sessions this week due to a slight muscle injury while playmaker Honda missed training Thursday with flu.

The only positive note for Milan ahead of Sunday night's clash is the fact that Napoli have claimed only two points from their three away games in the league so far.

Last week's 1-0 defeat to Genoa meant that for the first time since 1983-84, Milan have conceded at least once in their opening six games of the season.

It is a statistic of questionable importance, but it points to Milan's defence before facing a Napoli side that has hit 12 goals in six league outings, only one less than fellow title hopefuls Roma, who have scored a league-leading 13.

Mihajlovic last week came under fire for his team's questionable tactics, but Milan midfielder Andrea Bertolacci was scathing about his fellow teammates.

"Genoa didn't scare us and the match was decided by one episode... but we have to stop going out and playing with the wrong attitude: we have to put that in our heads straight away and get ready for Napoli," he said.

Five of Napoli's league goals have come courtesy of Argentinian international Higuain, whom Sarri believes is "one of the best" strikers in the world.

"He should be aware that he is one of the best centre-forwards in the world and so he should play like it," said Sarri.

Napoli's win over Juventus last week had tongues wagging about their title-winning potential, but it is Fiorentina and Inter Milan who are currently setting the pace.

Inter won their opening five games for the first time since the 1966-67 season, when they finished runners-up to Juventus.

But Roberto Mancini's men looked anything but title contenders last week in a 4-1 humbling at home to Fiorentina, who saw Croatia striker Nikola Kalinic score a hat-trick.

Fiorentina went top thanks to a superior goals difference than Inter and are expected to keep their lead after hosting struggling Atalanta on Sunday, when Inter face a tough trip to Sampdoria.

Fiorentina confirmed their positive start with a 4-0 away rout of Europa League opponents Belenenses on Thursday, when injury-plagued striker Giuseppe Rossi hit his first goal for the club in over 18 months.

Normally sitting in the shadow of their more decorated city rivals Juventus, Torino are set to steal the spotlight by going top of the league on Saturday, if they beat newcomers Frosinone.

Giampiero Ventura's men have won four of their opening six games to sit in third place at only two points off the pace.

Juventus, meanwhile, host another promoted side, Bologna, hoping to produce the kind of performance that secured a convincing 2-0 Champions League win over outclassed Sevilla on Wednesday.

It has has been sorely lacking on the domestic front so far. Massimiliano Allegri's champions sit in 15th place, at 10 points off the pace.

Allegri said on Wednesday: "Tonight's game is over. Now we have to start focusing our next game, against Bologna."

Comments
Topics mentioned in this article
AC Milan Napoli Mario Balotelli Keisuke Honda Football
Get the latest updates on ICC T20 Worldcup 2022, check out the Schedule and Live Score. Like us on Facebook or follow us on Twitter for more sports updates. You can also download the NDTV Cricket app for Android or iOS.