Marcus Rashford wanted to ensure children now restricted to their homes have access to the free meals they would have received at school. 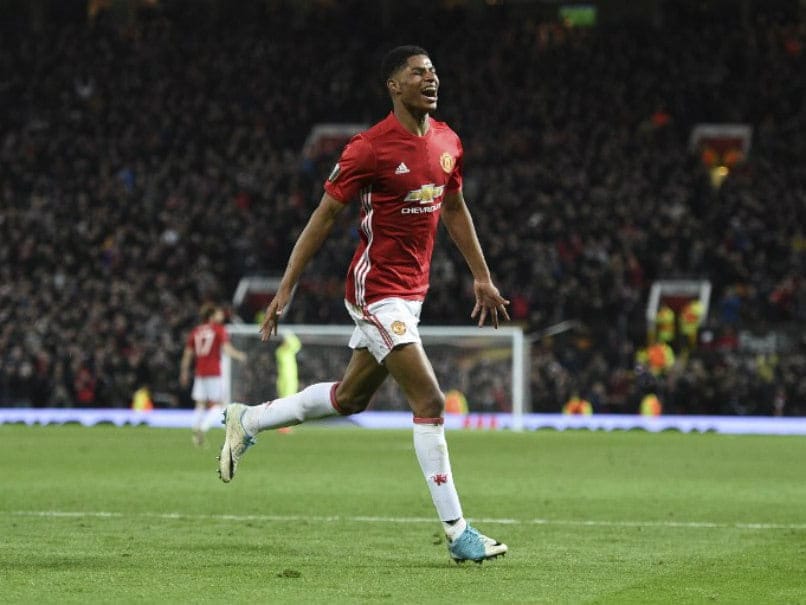 Marcus Rashford's own donation is the largest the charity received in a year.© AFP

The public response in donating to charity to help feed deprived children after an appeal by Marcus Rashford has impressed the Manchester United forward. The 22-year-old England international teamed up with FareShare, a food distribution charity,  after schools in the Manchester area were closed due to the coronavirus pandemic. Donations as of Wednesday totalled 134,000 pounds (USD 167,000) surpassing his initial target of 100,000 pounds. The latter amount -- which Rashford said was a "massive figure" -- would feed around 400,000 children.

Rashford wanted to ensure children now restricted to their homes have access to the free meals they would have received at school.

"The number of people not being fed is ridiculous," he told The Times.

"It was close to one million children (924,325) who were helped every week by FareShare.

"The donations coming in so quickly showed the togetherness of people."

Rashford, whose own donation is the largest the charity received in a year, has been researching the logistics of distributing food by reading business books.

"Getting the meals together is one thing, but distribution is just as important as otherwise it is impossible to get the food out to people," he said.

As well as his charity work, Rashford is spending time on more relaxed pursuits such as judging a poetry competition and learning sign language.

He has also engaged in a debate on social media with England football legend Gary Lineker over who is the most graceful player of all time.

Lineker chose Frenchman Zinedine Zidane. Rashford, who until a back injury in January had been a shining light for United in the club's topsy turvy season scoring 19 times in 31 appearances, opted for Diego Maradona.

The Argentinian might not be music to Lineker's ears as he was in the England team who lost 2-1 in the 1986 World Cup quarter-final remembered for Maradona's 'Hand of God' goal.

Maradona did, though, add a second sublime individual goal.

"The stuff he (Maradona) used to do on the pitch in that era, it was really only him doing it... Maradona's mind was so advanced for his time, and his creativity."

Manchester United
Get the latest updates on ICC T20 Worldcup 2022, check out the Schedule and Live Score. Like us on Facebook or follow us on Twitter for more sports updates. You can also download the NDTV Cricket app for Android or iOS.