Marco Reus Aims to Bring Back the Bundesliga Title to Dortmund

Marco Reus has yet to win a major title in his career and missed out on the 2014 World Cup with Germany due to an ankle injury he suffered in the final warm-up match before flying to Brazil. 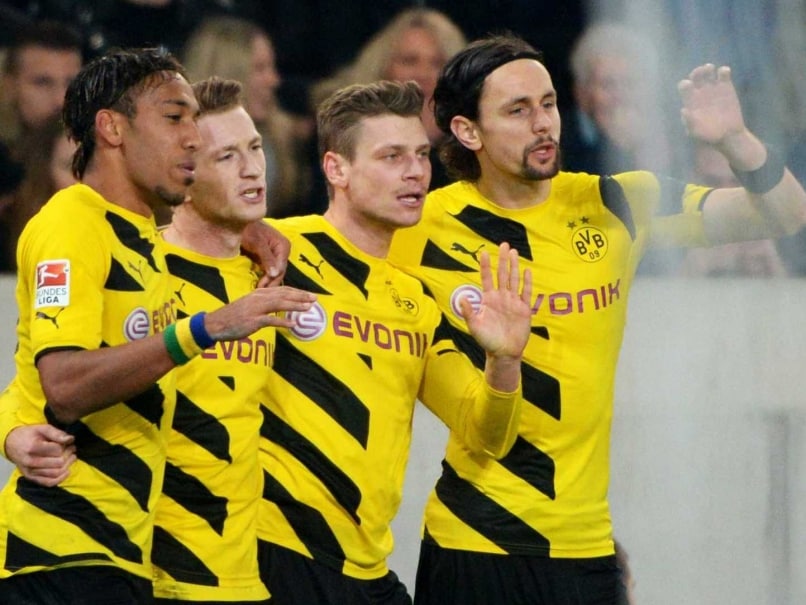 Borussia is the best for me: Reus© AFP
Berlin:

Germany star Marco Reus committed himself to Borussia Dortmund until 2019 with the aim of bringing another Bundesliga title back to the Ruhr, he has revealed.

"That is and remains my biggest goal. I want to experience another one of the days we have had in this city," the Dortmund-born winger told magazine Kicker.

Borussia won the 2011 and 2012 German titles while Reus was playing for Moenchengladbach but he said: "I'd give anything for that and I have a strong feeling that we'll do it sometime."

Reus has yet to win a major title in his career and missed out on the 2014 World Cup with Germany due to an ankle injury he suffered in the final warm-up match before flying to Brazil.

He ended weeks of speculation that he was poised to quit Dortmund at the end of the season by signing a four-year contract extension two weeks ago. (Juventus Confident Inspite of Dortmund Threat)

The announcement sparked an upturn in Dortmund's fortunes with Reus scoring in each of Borussia's three consecutive wins which have taken them from last place to mid-table in the Bundesliga.

Dortmund travel to Italian league leaders Juventus for Tuesday's Champions League last 16, first-leg, tie with Reus admitting they have their work cut out to reach the quarter-finals.

"Juventus are a really strong team and the chances of us progressing are 50-50," he said.

"We are proud enough to say that we can shut down an opponent like them if we put in a top performance, but a few percent less would make things brutally hard at this level."

Reus had been linked to Real Madrid, Barcelona and current runaway German league leaders Bayern Munich because of a release clause in his old contract, which would have allowed him to leave at the end of the season.

"I made my decision, because Borussia is the best for me," he explained.

"Dortmund is my home town, my family live here and I have friends here and there is life away from football."

Comments
Topics mentioned in this article
Borussia Dortmund Marco Reus Football
Get the latest updates on T20 World Cup, check out the T20 World Cup Schedule and Live Score . Like us on Facebook or follow us on Twitter for more sports updates. You can also download the NDTV Cricket app for Android or iOS.