Dunga took over as Brazil's coach after their traumatic semi-final exit from the FIFA World Cup 2014. 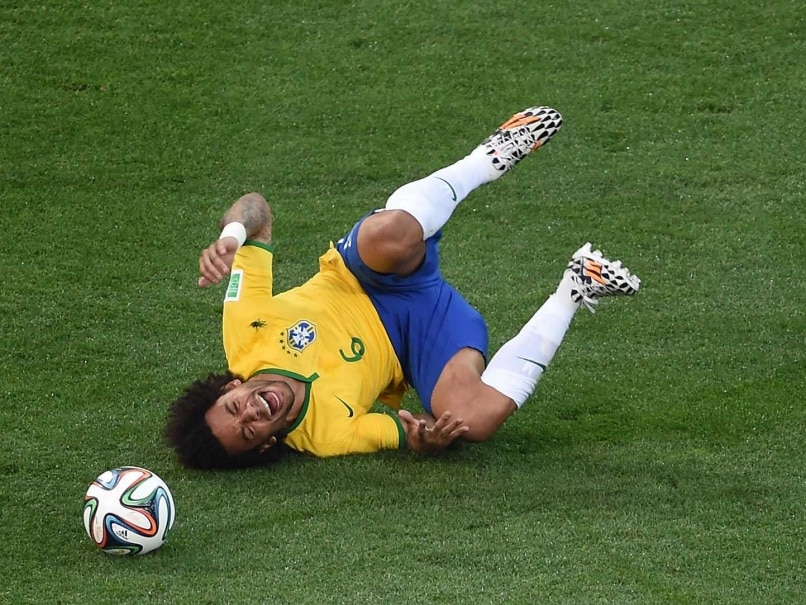 Brazil defender Marcelo, who scored an own goal in the opening match of FIFA World Cup 2014, has been dropped by new coach Dunga.© AFP

New Brazil coach Dunga announced the first squad of his second spell in charge of the Selecao on Tuesday, with only 10 of those who featured at the World Cup making the cut. (Luis Suarez pledges to never bite again)

After the traumatic semi-final exit from the World Cup at the semi-final stage to Germany last month, Brazil parted company with Luiz Felipe Scolari and brought back Dunga, the coach of the team at the 2010 World Cup. (Jose Mourinho praises 'maestro' Cesc Fabregas)

He named a squad of 22 players for the friendlies against Colombia in Miami on September 5 and Ecuador in New Jersey four days later. (Bayern Munich without Schweinsteiger for 'several weeks')

Neymar, who suffered a fractured vertebrae in the World Cup quarter-final defeat of Colombia but made his comeback for Barcelona this week, is in the squad.

Only six of those who started the 7-1 mauling against Germany, David Luiz, Fernandinho, Hulk, Oscar, Luiz Gustavo and Maicon, feature.

Chelsea duo Ramires and Willian and back-up goalkeeper Jefferson are also maintained, but Marcelo, Dani Alves and Paulinho are among those dropped.

Captain Thiago Silva is missing after suffering a hamstring injury while playing for Paris Saint-Germain earlier this month.

Brazil squad for friendlies against Colombia and Ecuador

Comments
Topics mentioned in this article
Brazil Marcelo Dani Alves Football
Get the latest updates on IPL Auction 2023 and check out  IPL 2023 and Live Cricket Score. Like us on Facebook or follow us on Twitter for more sports updates. You can also download the NDTV Cricket app for Android or iOS.