Manuel Neuer recorded his 197th clean sheet in the Bundesliga as Bayern Munich thrashed Schalke 4-0 on Sunday. It was Neuer's 423rd Bundesliga appearance. 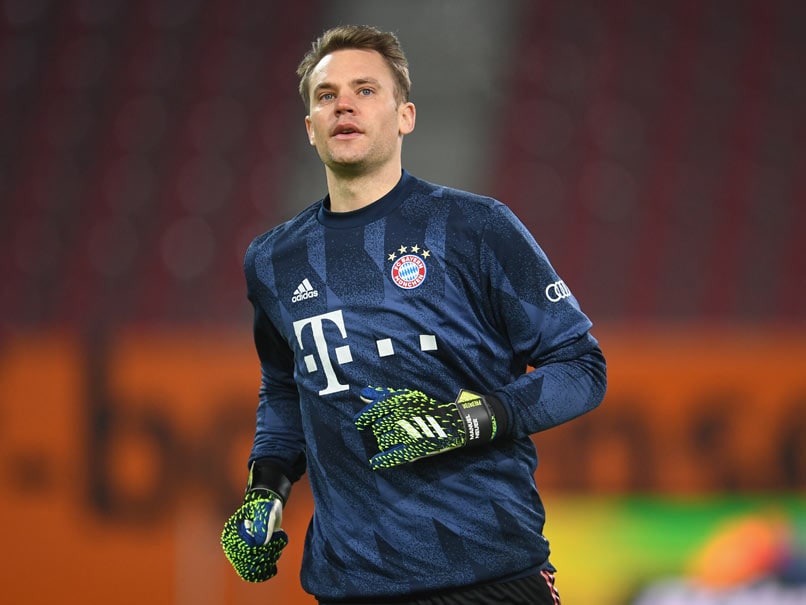 Manuel Neuer recorded his 197th clean sheet in the Bundesliga in his 423rd appearance.© AFP

Bayern Munich goalkeeper Manuel Neuer set a new Bundesliga record with the 197th clean sheet of his career in the German top flight as the league leaders thrashed Schalke on Sunday. The 34-year-old, voted FIFA's best goalkeeper of 2020, bettered the previous record set by former Bayern and Germany goalkeeper Oliver Kahn. Kahn needed 557 Bundesliga matches, for Bayern and Karlsruher, to reach the old mark, which current Germany 'keeper Neuer has usurped after 423 league games for the Bavarians and former club Schalke.

On Sunday, Neuer pulled off saves to deny Mark Uth and Suat Serdar in Gelsenkirchen.

Neuer said he hopes Schalke avoid relegation having come through their academy before joining Bayern in 2011.

"I hope Schalke stay in the league and manage to turn the tide," Neuer told Sky, after brushing off questions about his record.

"They had one or two chances and we didn't defend as well as we could have done."

Bayern München Manuel Neuer Football
Get the latest updates on ICC T20 Worldcup 2022, check out the Schedule and Live Score. Like us on Facebook or follow us on Twitter for more sports updates. You can also download the NDTV Cricket app for Android or iOS.