Goals from Alexis Sanchez and Ander Herrera cancelled out Dele Alli's opener and ensured that Tottenham's decade-long wait for a trophy continues. 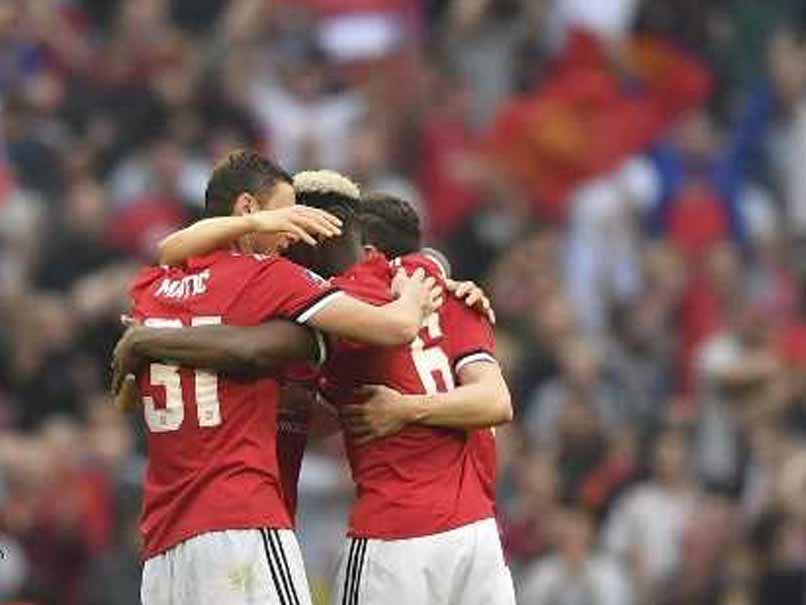 Manchester United weathered an early Tottenham storm to come from behind to win 2-1 and reach a 20th FA Cup final at Wembley on Saturday. Goals from Alexis Sanchez and Ander Herreracancelled out Dele Alli's opener and ensured that Tottenham's decade-long wait for a trophy continues. Spurs manager Mauricio Pochettino played down the importance of winning his first silverware as a coach to back up four years of undoubted progress at Tottenham beforehand, claiming it "wouldn't change their lives". However, Spurs started like the side determined to make a statement. Harry Kane and Son Heung-min had already seen shots deflected behind before Spurs went in front with a brilliant team goal on 11 minutes.

And his cross was inch-perfect for Alli to apply the finishing touch for his 13th goal of the season.

Spurs failed to make the most of their early dominance, though, as Eriksen scuffed wide from Kane's layoff before the England striker just couldn't reach Son's viscous in-swinging cross at the back post.

Pogba has been a figure of frustration all season for Jose Mourinho, who has often left the Frenchman on the sidelines.

Mourinho said Pogba had shown what he is capable of in Wednesday's 2-0 win at Bournemouth after being substituted just four days earlier in a shock 1-0 home defeat to West Brom that handed Manchester City the Premier League title.

And having showed the side of his game that Mourinho detests for Spurs' opener, Pogba demonstrated his combination of physical power and technical ability as he outmuscled Mousa Dembele before delivering a pin-point cross for Sanchez.

The Chilean has also been much-criticised since reportedly becoming the highest paid player in Premier League history when he moved from Arsenal in January.

However, Sanchez has a superb record at Wembley. His third United goal was his eighth in eight games at the home of English football for club and country.

Both sides were unfortunate to not take the lead in the dying moments of a captivating first 45 minutes as firstly Michel Vorm got fingertips to a deflected long-range strike from Pogba.

At the other end, Eric Dier then drove against the base of the post with David de Gea unmoved.

Kane had the first chance of the second period but saw his shot blocked behind by Chris Smalling as Spurs again started on the front foot.

But, once more, they were hit by a sucker punch when Sanchez's ball across the face of the area fell perfectly for Herrera arriving late from midfield and, despite going in the middle of the goal, his low effort beat Vorm, who was slow to react down to his right.

Eriksen came closest to a reply for Spurs with a long-range strike that flew just wide.

Spurs will likely seal their place in the Champions League for a third successive season in the coming weeks as Pochettino's proof that progress is being made.

However, with Spurs, only three defeats of 2018 now all coming at Wembley against the toughest of opposition in Juventus, Man City and now United, questions remain over Pochettino's ability to turn Tottenham into trophy winners.

Comments
Topics mentioned in this article
Manchester United Tottenham Hotspur Dele Alli Ander Herrera Alexis Sánchez Football
Get the latest updates on Olympics 2020, Olympics 2020 Medal Tally, Live Cricket Score . Like us on Facebook or follow us on Twitter for more sports updates. You can also download the NDTV Cricket app for Android or iOS.