Jose Mourinho admitted Manchester United had given him an FA Cup semi-final selection dilemma after their 2-0 win at Bournemouth. 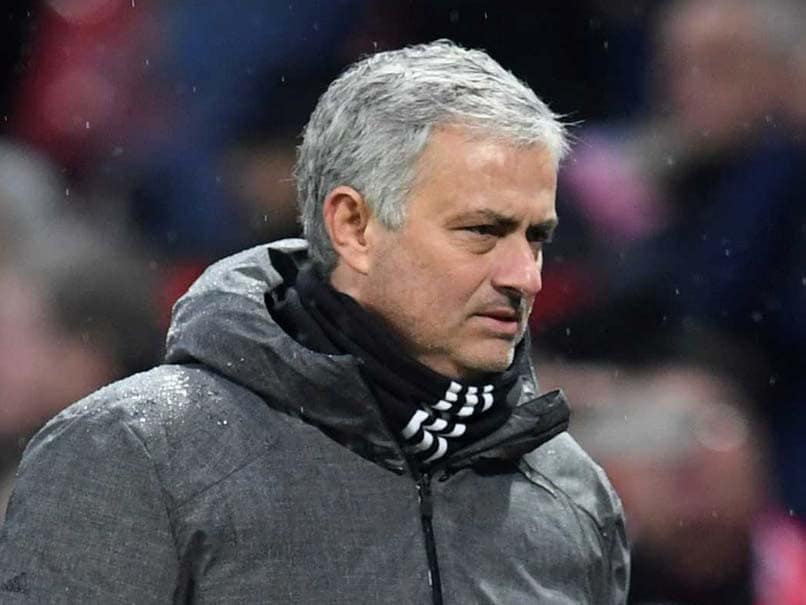 Mourinho was impressed with the work done by his new-look side.© AFP

Jose Mourinho admitted Manchester United had given him an FA Cup semi-final selection dilemma after their 2-0 win at Bournemouth on Wednesday. Goals from Chris Smalling and Romelu Lukaku sealed the points at Dean Court after Mourinho made seven changes in the aftermath of United's shock defeat to struggling West Bromwich Albion on Sunday. That limp surrender had gifted the Premier League title to Manchester City, prompting Mourinho to accuse his players of complacency. In a bid to shake up his under-performing stars and rest key players, the United manager rang the changes against Bournemouth, with Lukaku, Alexis Sanchez and Juan Mata among the big names left out of the starting line-up ahead of Saturday's FA Cup semi-final against Tottenham.

Paul Pogba kept his place despite mounting speculation Mourinho is ready to sell the out-of-form France midfielder in the close-season.

Mourinho's hardline stance appeared to sting his players into action as Smalling opened the scoring in the first half.

Lukaku came off the bench to seal the points in the closing stages as United consolidated second place in the Premier League.

Mourinho was impressed with the work done by his new-look side and claimed he would have to think hard before deciding his Cup line-up.

"Everything was good, I am happy. Every player on the pitch was positive and put himself available for Saturday," Mourinho said.

"The players were in the right positions and not trying one more flick, one more trick.

"I will not play this 11 at Wembley but all of them told me (with their performances) that they want to play and they are ready.

"Obviously I will bring back Lukaku, Antonio Valencia, Nemanja Matic."

Pogba was widely criticised for his lackluster display against Albion -- the latest in a long line of disappointing efforts from the former Juventus star since his move to United two seasons ago.

That sparked talk that Mourinho has told United to put Pogba up for sale, just days after Manchester City manager Pep Guardiola said he had been offered the chance to sign the midfielder by his agent in January.

Whether Pogba features at Wembley this weekend will go some way to showing whether he is still part of Mourinho's long-term plans, but he at least impressed his boss for one night after winning the man of the match award.

"I'm not very good on man of the match, I'm not a big fan of it, but Paul Pogba played very well," Mourinho said.

"Against Man City he was phenomenal but today he was very, very good. A good choice."

Mourinho's side are 14 points clear of fifth-placed Chelsea and will be guaranteed to qualify for the Champions League if the Blues fail to beat Burnley on Thursday.

"The first ambition was to finish in the top four and now one point is probably enough. When we have that resolved we can think about third and second place," Mourinho added.

Smalling put United ahead in the 28th minute when he tapped in from Jesse Lingard's cross despite Bournemouth appeals for offside.

Having survived two Bournemouth penalty appeals -- including Luke Shaw blocking out Callum Wilson as he tried to finish off a cross -- United doubled their lead in the 70th minute.

Pogba was slightly more effective after his recent troubles and he created United's second goal.

Breaking up a Bournemouth attack, he galloped clear and picked out Lukaku's run with a perfectly-weighted pass.

Lukaku capped the raid by slotting past Bournemouth goalkeeper Asmir Begovic to claim his 27th goal of the season.

That clinched United's sixth win in their last seven league games, but all eyes remained on Pogba.

He was substituted soon after and initially headed straight down the tunnel but was directed to the bench, where he took a seat on the back row like a naughty child at school.

Comments
Topics mentioned in this article
Manchester United Jose Mourinho Football
Get the latest updates on India vs Australia Series, check out the India vs Australia Schedule for 2020-21 and Ind vs Aus live score . Like us on Facebook or follow us on Twitter for more sports updates. You can also download the NDTV Cricket app for Android or iOS.