Negotiations for a new kit supply deal were a test of Manchester United's marketing muscle after a season in which the team won nothing and finished too low in the Premier League even to qualify for the lucrative European Champions League. 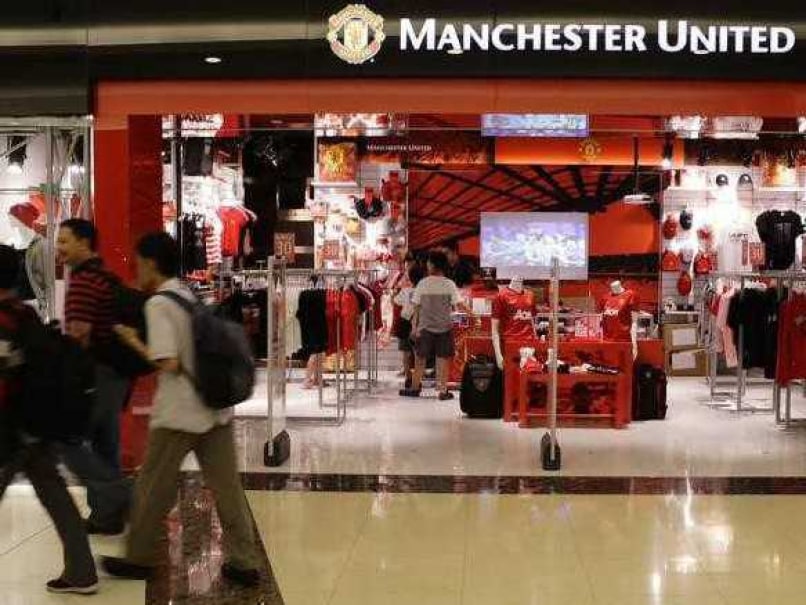 A wretched season and exile from European soccer's top club competition have done nothing to dim Manchester United's commercial appeal, with the team set to sign a sportswear deal with Adidas worth twice what rivals have been earning.

That partnership and a shirt sponsorship with car brand Chevrolet, which also set a new benchmark for the sport, will help to underwrite the rebuilding of the team under new managerLouis van Gaal.

Negotiations for a new kit supply deal were a test of United's marketing muscle after a season in which the team won nothing and finished too low in the Premier League even to qualify for the lucrative European Champions League.

The normally bullish Nike pulled out of contract renewal talks, saying that the price had gone too high and signalling an end to a partnership dating back to 2002.

A source with knowledge of the negotiations said rival Adidas had offered upwards of 60 million pounds ($102 million) a season for a 10-year deal that will see it replace Nike from 2015.

The current Nike deal was worth 38 million pounds to United in 2012-13, including a share of the earnings from the sale of shirts and other merchandise to fans around the world.

United, majority owned by the American Glazer family and listed on the New York Stock Exchange, are determined to ensure that last season was a one-off failure and have replaced managerDavid Moyes after a short and unhappy tenure.

"Brands are about the history and the promise that will continue into the future," said Peter Walshe, a global account director with marketing company Millward Brown.

"There is a lot of excitement about the future after the disastrous handover to Moyes," he added. "It shows the United brand is bigger than one decision or individual."

English champions a record 20 times, United have built up a huge global following over the decades thanks to players like George Best, Eric Cantona and David Beckham.

Just before their stock market flotation in 2012, United produced a survey showing they had 659 million global followers - not far short of one in 10 of the population.

That appeal helped persuade General Motors to put its Chevrolet brand on the team's red shirts in a deal worth $559 million that will run until 2021. As with the sportswear sponsorship, that was double the going rate for most major European teams.

"The key thing here is the increasing power that the brand has internationally," said Andy Sutherden, global head of sports marketing and sponsorship at communications firm H+K Strategies.

"The pool of fans from all over the world is the asset that they sell," he added.

Indeed, the focus for General Motors will be the Asian markets where United is popular, as the car maker is pulling the Chevrolet brand out of European markets.

United this week launched their new red shirts bearing the Chevrolet logo, a kit that will be the last one featuring the Nike swoosh and will be worn through the 2014-15 season.

For Adidas, the United deal fits with a strategy of defending market leadership in soccer against the advances made by larger American rival Nike, which has been involved in the sport for only two decades.

"If you can keep out a key rival that is worth a lot more to you rather than just the positive value of having that brand," said Millward Brown's Walshe.

United fans on social media reacted positively to the prospect of Adidas returning as kit supplier, reviving a partnership from the 1980s.

Nike had the right to match the bid from its rival, but walked away, saying it did not offer good value for shareholders.

More than 2 million United shirts are sold every year, which will help Adidas to recoup its investment, provided the team can return to the top of the European game.

That is where Dutchman Van Gaal comes in, fresh from taking a workmanlike Netherlands team to the World Cup semi-final this week.

Just as importantly, he appears to have some of the aura of former manager Alex Ferguson, who retired last year after winning 13 Premier League titles in two decades.

"What van Gaal has done with the Netherlands whets the appetite of fans and sponsors alike," said Sutherden.

"He has done enough with Holland to show he is a manager who will create a positive and immediate impact."

Comments
Topics mentioned in this article
Manchester United Football
Get the latest updates on ICC Women's Cricket World Cup 2022 and IPL 2022, check out the Schedule , Live Score and IPL Points Table. Like us on Facebook or follow us on Twitter for more sports updates. You can also download the NDTV Cricket app for Android or iOS.