Pep Guardiola's Manchester City will take on Lyon in the quarterfinal of the Champions League on Saturday. 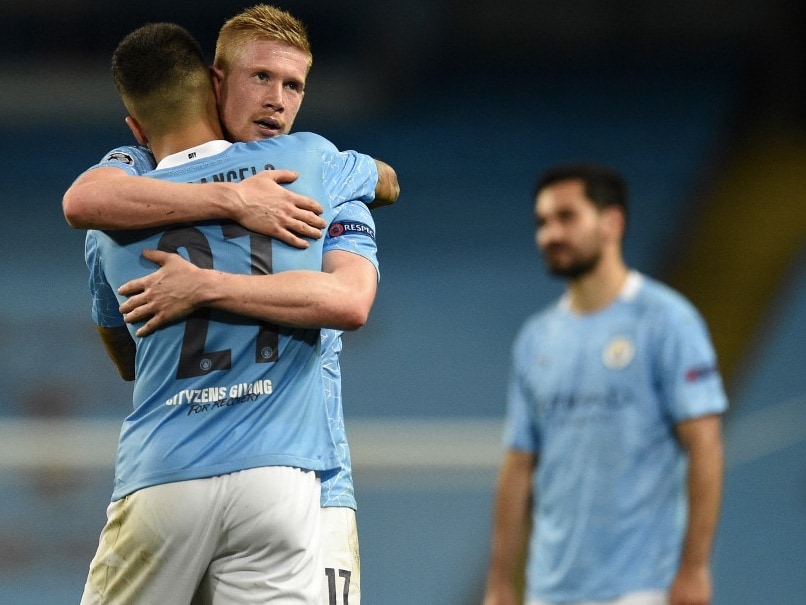 Manchester City defeated Real Madrid in the last 16 of the Champions League.© AFP

Manchester City finally have a marquee victory in the knockout stages of the Champions League after seeing off Real Madrid to reach the last eight, but they want much more in Lisbon over the next week with Pep Guardiola insisting they cannot be satisfied by beating the 13-time winners. "We're here to try and win the Champions League," said Guardiola in a markedly different tone to the one he has struck in previous seasons when claiming City were not ready to be crowned champions of Europe despite dominating the Premier League.

"If we think that (beating Real) is enough we will show how small we are. If you want to win you have to beat the big clubs."

It took City eight seasons in the Champions League to beat a former winner over two legs, but disposing of Madrid both home and away, pre and post football's shutdown for coronavirus showed a maturity and ability to handle pressure situations that Guardiola's men have lacked in previous Champions League campaigns.

A clash with Lyon, who finished seventh in the curtailed 2019/20 Ligue 1 season, offers further reason for City to be optimistic.

But in the past three seasons since Guardiola arrived in Manchester, City have contrived to crash out despite being heavily favoured against Monaco, Liverpool and Tottenham.

"I just spoke with the scouting department about Lyon and they told me to be alert," warned Guardiola after Lyon shocked Juventus in the last 16.

The French side also showed what they are capable of in taking four points from a possible six against City in the group stages of in last season's Champions League.

However, the enormous financial gap between the clubs is highlighted by the fact that Lyon have to routinely sell their prized assets with Nabil Fekir, Tanguy Ndombele and Ferland Mendy all departing last summer, while City have the resources to keep throwing money at the dream of winning the Champions League.

Deposed as champions of England by Liverpool, City have already begun strengthening for next season with the signings of Ferran Torres and Nathan Ake, but it is the next week in the Portuguese capital that could present the club's best-ever chance of Champions League glory.

One of Guardiola's former clubs, Barcelona or Bayern Munich, will lie in wait for the winner between City and Lyon, but they are the only two former winners left in the competition.

Guardiola has often bemoaned the lack of atmosphere at the Etihad for big European nights compared the cauldrons of the Camp Nou, Anfield or Santiago Bernabeu, but behind closed doors environment for all remaining games negates that disadvantage.

Bar Sergio Aguero's absence, City also have a clean bill of health and have been building towards the latter stages of the Champions League ever since football's return from a three-month shutdown in June with Liverpool already out of sight in the Premier League.

Defensive problems could still prove their undoing as they did in losing nine times in the Premier League this season.

Converted midfielder Fernandinho is starting at centre-back at 35, while doubts remain over who Guardiola will trust at left-back when Benjamin Mendy returns from suspension for the quarter-finals.

However, much of the damage to City's title defence was done prior to centre-back Aymeric Laporte's return from injury.

Further forward Kevin De Bruyne underlined his claim to be the world's best midfielder against Madrid, while the Spanish champions struggled to contain Raheem Sterling and Gabriel Jesus.

City undoubtedly have the talent, now they also believe it is their time in the Champions League.

Bayern München Football
Get the latest updates on ICC Women's Cricket World Cup 2022 and IPL 2022, check out the Schedule , Live Score and IPL Points Table. Like us on Facebook or follow us on Twitter for more sports updates. You can also download the NDTV Cricket app for Android or iOS.