Manchester City produced a wonderful performance in the Champions League clash against Dynamo Kiev as they defeated them 3-1 to come closer to a quarter-final spot. 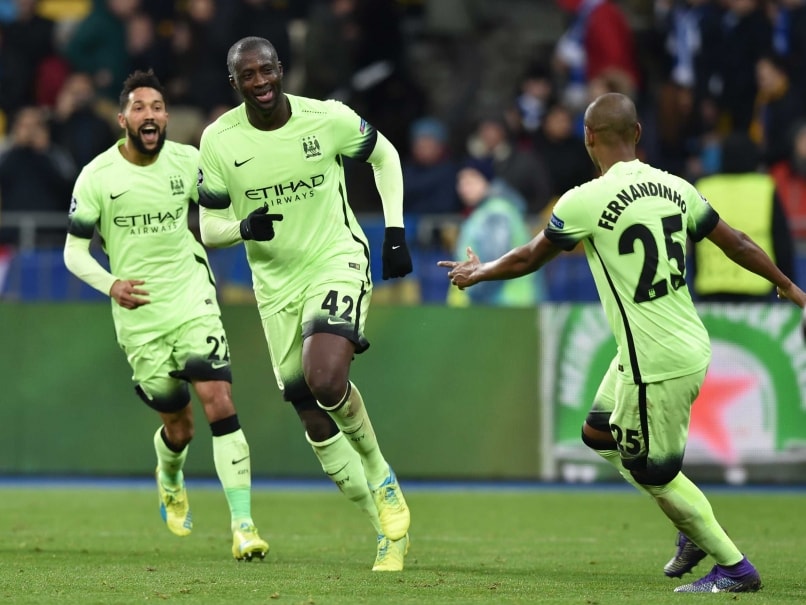 Manchester City put up a wonderful show against Dynamo Kiev with a 3-1 win victory which puts them on the cusp of the Champions League quarter-finals.© AFP

Manchester City may be toiling domestically at the moment but they produced a superb European away performance to beat Dynamo Kiev 3-1 in Ukraine in their Champions League last 16, first leg.

Manuel Pellegrini's side did enough to win the game in the first half with Sergio Aguero and David Silva both scoring to underline their importance to City.

Dynamo pulled a goal back in the second half through midfielder Vitaliy Buyalskiy, but Yaya Toure's late beauty ensured that City are very much on course to reach the quarter-finals for the first time in their history.

"It was an exceptional result away from home. We couldn't have hoped for better," City captain Vincent Kompany told BT Sport.

"The performance was good and 3-1 is a good result. We're happy with it, we just don't want to get carried away with it.

"We could have scored many more goals. It was a Man City performance that we'd like to see more often."

They have been eliminated by Barcelona at this stage in each of the last two seasons but this was a far kinder draw for City against opponents who were playing their first competitive match since December due to the Ukrainian winter break.

"We made lots of mistakes in the middle of the pitch and with this team of Manchester City it's not acceptable," said Dynamo coach Sergiy Rebrov, who denied the long period without a competitive game had been a factor.

Pellegrini, meanwhile, had complained of not having enough time to prepare his team for this encounter.

He named a fringe side containing numerous untested youngsters for Sunday's 5-1 FA Cup fifth-round defeat to Chelsea but his starting XI in the Olympic Stadium was back to full strength, with Fernando the only player to keep his place.

With Joe Hart, Kompany, Toure, Silva and Aguero in the side, City are a different proposition and, after three consecutive defeats, they looked in the mood here.

There was an early fright when an Andriy Yarmolenko cross was parried by Hart only for the ball to drop down onto the bar, but the visitors played with a degree of hunger and intensity not seen in recent weeks.

They were rewarded with the opening goal a quarter of an hour in, as a Silva corner from the left was headed down by Toure for Aguero, who controlled before lashing in his 19th goal of the season. 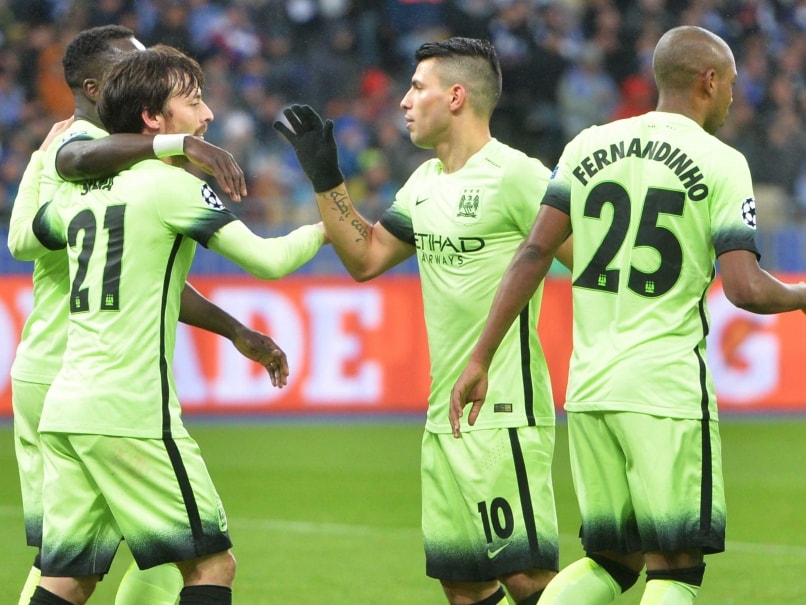 David Silva and Sergio Aguero opened the scoring for Manchester City in their clash against Dynamo Kiev.

Dynamo had held Premier League opponents in Chelsea to a goalless draw at home in the group stage and beat Everton 5-2 in last season's Europa League, but they struggled to handle City and Aguero fired narrowly wide midway through the first half.

With his midfield being overrun, Rebrov chose to remove Denys Garmash and send on Miguel Veloso just after the half-hour mark, but still City came and Toure forced a save from veteran goalkeeper Olexandr Shovkovskiy before the second goal arrived five minutes from half-time.

It was a superb goal too, as Aguero laid the ball off for Raheem Sterling and his low cross to the back post was turned into the net by Silva.

With club legend Andriy Shevchenko watching from the stands, Dynamo rallied at the start of the second half and were given hope when they cut the deficit just before the hour mark.

Nicolas Otamendi headed out a Domagoj Vida cross but Buyalskiy met the falling ball first time from 20 yards and his shot deflected into the net off the Argentine defender.

City then had Hart to thank for keeping their lead intact as he produced a strong hand low down to his right to turn away another Buyalskiy shot following a Veloso pass, but City remained a danger on the break at the other end.

Toure somehow headed a Sterling cross wide when unmarked six yards out but he more than made up for that with a vintage goal to make it 3-1 in the 90th minute.

The Ivorian exchanged passes with Fernandinho before curling home with his left foot from 18 yards into the far corner.

Comments
Topics mentioned in this article
Yaya Toure Manchester City Dynamo Kiev Football
Get the latest updates on IPL 2021, IPL Points Table , IPL Schedule 2021 , live score . Like us on Facebook or follow us on Twitter for more sports updates. You can also download the NDTV Cricket app for Android or iOS.