Kylian Mbappe hit a hat-trick as Paris Saint-Germain cruised into the final of the French Cup with a thumping 5-1 win at Lyon on Wednesday. 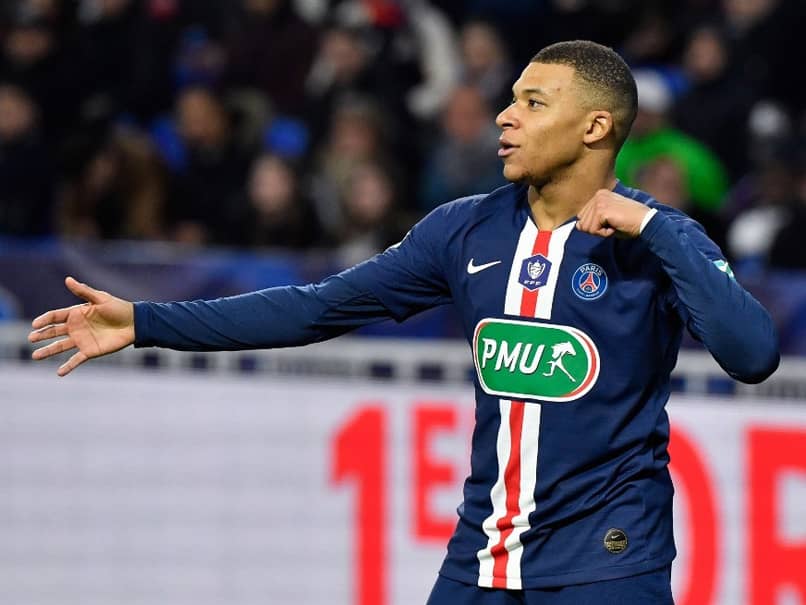 Kylian Mbappe hit a hat-trick as Paris Saint-Germain cruised into the final of the French Cup with a thumping 5-1 win at Lyon on Wednesday. The World Cup winner took his goal tally in all competitions to 30 during a win that was eased by Fernando Marcal being sent off just before Neymar put the French champions ahead in the 64th minute from the penalty spot. The defeat Lyon ends a five-match unbeaten run that included an impressive 1-0 win over Juventus in the Champions League and the weekend's triumph over local rivals Saint-Etienne. "It was a solid, serious display full of concentration," said PSG coach Thomas Tuchel.

"After the Dortmund match (lost 2-1 in Germany), Mbappe has responded brilliantly. He uses his speed so intelligently ... he is in good form."

Mbappe equalised for the away side with a simple tap-in just three minutes after Martin Terrier had given the raucous home fans hope with a neat 11th-minute opener.

The 21-year-old was also key to PSG taking the lead in the 64th minute from the penalty spot.

Collecting the ball out on the left wing, he casually saw off two Lyon defenders before floating over a cross to fellow forward Edinson Cavani, who controlled the ball only for Marcal to then handle before the Uruguay striker could let his shot go.

Neymar slotted home the subsequent spot-kick after confirmation of the handball by VAR, while Marcal had to leave the field after being handed his second red card.

"I prefer to say nothing about the penalty," said Lyon boss Rudi Garcia, who side face PSG in the League Cup final next month.

"When you are 10 against 11 playing such a strong team it's no longer a contest."

Mbappe made sure of the Parisian's visit to the Stade de France next month with a superb solo effort with 20 minutes left, embarrassing Bruno Guimaraes and Marcelo before calmly slotting past Anthony Lopes.

Pablo Sarabia added a fourth with a stinging low strike 11 minutes later, and Mbappe completed his hat-trick in stoppage time, tapping home Neymar's cross after good work on the left from the world's most expensive footballer.

Saint-Etienne and Rennes meet in the second semi-final on Thursday.

Paris SG Kylian Mbappe Neymar Football
Get the latest updates on India vs England Series, India vs England , live score and IPL 2021 Auction . Like us on Facebook or follow us on Twitter for more sports updates. You can also download the NDTV Cricket app for Android or iOS.