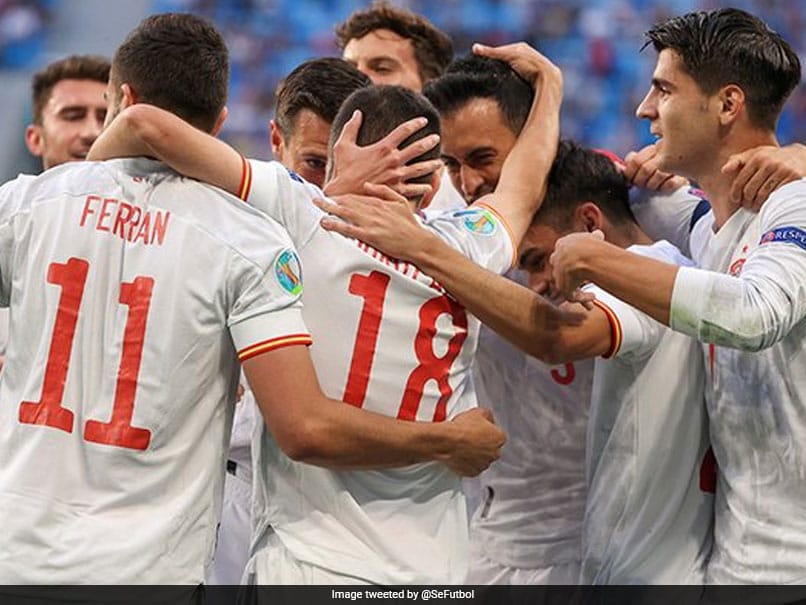 Jordi Alba, Sergio Busquets and Alvaro Morata are back, as is Raul Albiol.© Twitter

Spain coach Luis Enrique named a World Cup qualifying squad on Thursday long on youth but short on Real Madrid players. As he had done for Euro 2020 Luis Enrique decided not to rely on any Real representatives for September's international window fixtures against Sweden, Georgia and Kosovo. The former Real and Barcelona player has rested the likes of Pedri, Dani Olmo and Mikel Oyarzabal, who helped La Rioja progress to the semi-finals of the delayed Euro where they were beaten on penalties by eventual winners Italy.

Jordi Alba, Sergio Busquets and Alvaro Morata are back, as is Raul Albiol, the 2010 world champion making his international return.

But with the 2022 World Cup a year and a half way Luis Enrique has principally decided to pursue his policy of testing out youngsters.

Spain lead Group B for the World Cup finals in Qatar with two wins and a draw.

They play Sweden on September 2 in Solna, Georgia in Badajoz three days later and Kosovo on September 8 in Pristina.

Sergio Busquets Álvaro Morata Football
Get the latest updates on IPL Auction 2023 and check out  IPL 2023 and Live Cricket Score. Like us on Facebook or follow us on Twitter for more sports updates. You can also download the NDTV Cricket app for Android or iOS.