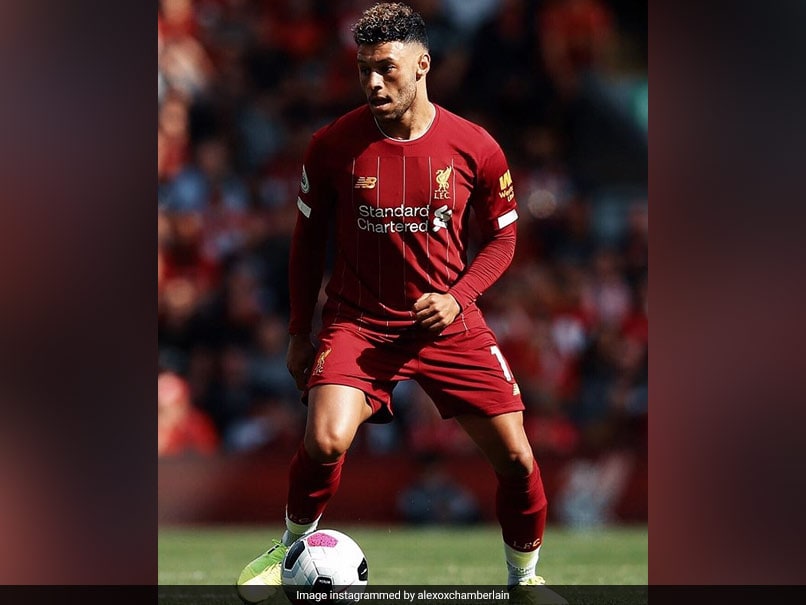 Alex Oxlade-Chamberlain suffered the injury during training in a pre-season camp in Austria.© Instagram

Liverpool midfielder Alex Oxlade-Chamberlain will miss the Community Shield clash with FA Cup winners Arsenal due to a knee injury, the Premier League champions' manager Jurgen Kloppsaid on Friday. The 27-year-old England international suffered the injury during training in their pre-season camp in Austria. Oxlade-Chamberlain -- who suffered a serious right knee injury in 2018 -- has returned home to begin his rehabilitation with the club's medical team.

Klopp said it looked like a similar injury to that suffered by captain Jordan Henderson towards the end of last season but which did not require surgery.

"Really unfortunate. An unfortunate situation as well; it was a challenge (in training)," said Klopp.

"It looks like it is very similar to what Hendo (Jordan Henderson) had, which keeps him out for we don't know for sure exactly how long, but for sure this pre-season he will not make a game, Arsenal for sure not and then we will see.

"The next game is probably two weeks later, but I don't know.

"We have to wait but it is far away from being perfect, of course.

"It is really hard for him and hard for us, but it is what it is there is nothing we can do."

Liverpool play two friendlies in Austria before taking on Arsenal in the traditional curtain-raiser to the domestic season at Wembley on Saturday week.

Arsenal Alex Oxlade-Chamberlain Football
Get the latest updates on IND vs NZ 2021, check out the Schedule and Live Score . Like us on Facebook or follow us on Twitter for more sports updates. You can also download the NDTV Cricket app for Android or iOS.