Liverpool manager Jurgen Klopp said the football community could have helped Diego Maradona by "showing him the respect he deserves while he was still alive." 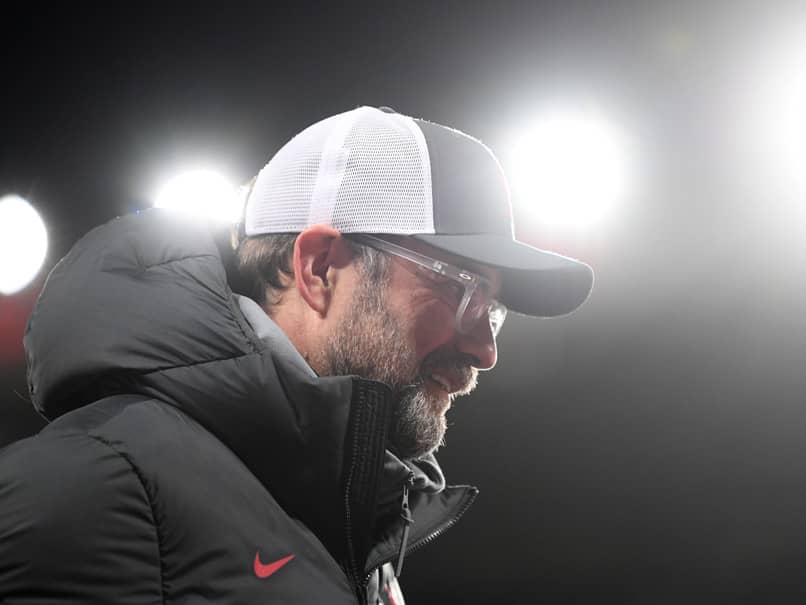 Liverpool manager called his one meeting with Diego Maradona as "meeting the Pope."© AFP

Liverpool manager Jurgen Klopp said Diego Maradona's life encapsulated the highs and lows of being a world-famous footballer as he lamented that more was not done to help the late Argentine superstar. Maradona died on Wednesday at the age of 60 after a long struggle with addiction to alcohol and drugs, sparking a huge outpouring of emotion for one of the greatest-ever players. Klopp described his one meeting with Maradona as like "meeting the Pope", but believes the love shown after his death could have helped prevent some of his excesses.

"His life shows how nice life can be when you are a world-class footballer and how difficult it can be as well," the Liverpool boss said on Friday.

"He was a very impressive figure. I met him once which, for a player of my level, it was like meeting the Pope to be honest, it was really special.

"Football will miss him, I will miss him and you can see in the reactions all over the world if we had shown our love for him without wanting to have a selfie, just showing him the respect he deserves while he was still alive, I think we could have helped him."

Closer to home, Klopp will be able to lead Liverpool in front of their own supporters next weekend for the first time since the club ended a 30-year wait to win a league title.

Fans have been shut out of top-level matches in England since March, but a relaxation of coronavirus restrictions will allow supporters back into stadiums in some parts of England.

Liverpool and London have been placed into the Tier-2 category based on infection rates, meaning up to 2,000 fans will be able to attend matches.

But Premier League clubs based in Tier-3 areas, such as Manchester and Birmingham, are not allowed to open their gates.

If the situation improves and areas are put in Tier 1, clubs will be allowed to have up to 4,000 fans.

Klopp welcomed the return of supporters and does not believe it will give an unfair advantage to certain clubs.

"We are all really waiting for little steps in the right direction, not only in football, in all parts of life," he said.

"These things with tier one, two and three is the best idea we have in the moment in this country.

"I understand why there are some discussions (saying) it will be an advantage for some clubs. I said before I knew what tier Liverpool will be in, it's not an advantage or disadvantage, it's just making small steps in the right direction."

Liverpool's clash with Wolves on December 6 will be the first match at Anfield with spectators since a Champions League defeat to Atletico Madrid in March.

Liverpool Diego Maradona Football
Get the latest updates on IPL 2021, IPL Points Table , IPL Schedule 2021 , live score . Like us on Facebook or follow us on Twitter for more sports updates. You can also download the NDTV Cricket app for Android or iOS.