Liverpool manager Jurgen Klopp said he has changed his mind over the need for VAR in football and believes the change to using technology to determine the finest of margins has made the game less enjoyable. 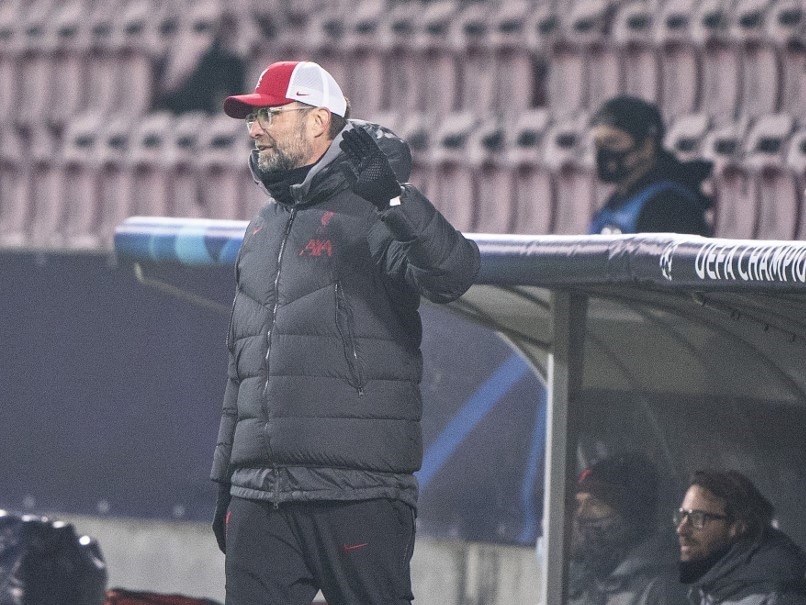 Jurgen Klopp said a lot of things are not like they were before since VAR has been introduced.© AFP

Liverpool manager Jurgen Klopp said he has changed his mind over the need for VAR in football and believes the change to using technology to determine the finest of margins has made the game less enjoyable. The Reds were involved in three lengthy stoppages during a 1-1 draw away to Midtjylland in the Champions League on Wednesday for VAR to check a penalty awarded to the Danish champions and rule out a goal for either side.

"We stop celebrating goals, we wait constantly, we have less than millimetre offside decisions. A lot of things are not like they were before, that's the truth," said Klopp in his pre-match press conference on Friday ahead of Sunday's trip to Fulham.

"I said when the idea of VAR first came up I was in favour of it because I thought the right decisions would be nice, if we could have rights decisions.

"I'm not sure we all thought it through properly and how long will it take to get the right decision, how much will it take away from a game we all loved before."

Liverpool have been involved in plenty of VAR controversy already this season as Everton goalkeeper Jordan Pickford escaped without seeing a red card for a horrendous challenge on Virgil van Dijk, which caused knee ligament damage to the talismanic Dutch defender.

Jordan Henderson had a late winner ruled out in the same game for a millimetric offside call, while Andy Robertson conceded a late penalty after a review in a 1-1 draw at Brighton two weeks ago.

"It's nothing to do with tight decisions against us, it's in general. A few things are not like they were before and they were better before. If you change something there should be just improvement and that is for sure not the case and that's it."

Van Dijk and fellow central defender Joe Gomez are expected to miss the rest of the season, but otherwise Liverpool's injury crisis is beginning to improve.

Trent Alexander-Arnold captained the side in midweek on his first start for a month, goalkeeper Alisson Becker should be fit to start at Craven Cottage and Alex Oxlade-Chamberlain is back in full training.

However, Thiago Alcantara, Xherdan Shaqiri and James Milner remain sidelined, while Diogo Jota is a doubt after picking up a knock in Denmark.

Liverpool Virgil Van Dijk Jurgen Klopp Football
Get the latest updates on ICC T20 Worldcup 2022, check out the Schedule and Live Score. Like us on Facebook or follow us on Twitter for more sports updates. You can also download the NDTV Cricket app for Android or iOS.