Bayern Munich chairman Karl-Henz Rummenigge confirmed that they have agreed a deal with Liverpool over the transfer of midfielder Thiago Alcantara. 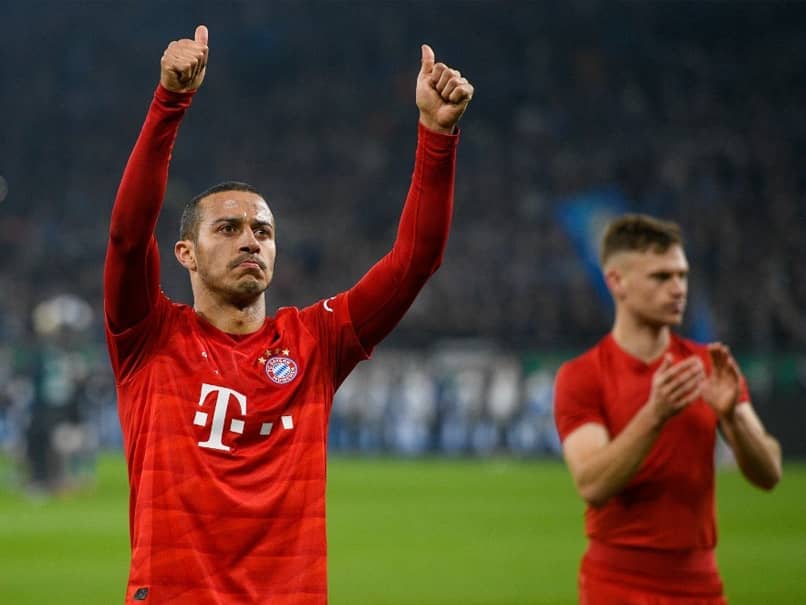 Bayern Munich chairman Karl-Heinz Rummenigge confirmed Thursday the club has agreed a transfer with Liverpool for Spain midfielder Thiago Alcantara. "I can confirm that FC Bayern have finally agreed with Liverpool FC," Rummenigge told German daily Bild. "It was Thiago's big wish to once more do something new before the end of his career." It is understood Liverpool will pay an initial fee of 20 million pounds ($26 million) for the player, who has one year remaining on his contract at European champions Bayern, with more to follow in add-ons.

Thiago, 29, was missing from Bayern Munich's training session on Thursday, according to German media reports, having stalled over signing an extension with a year left on his current contract.

The Spain international joined Bayern from Barcelona in 2013 and played in last month's Champions League final victory over Paris Saint-Germain.

It had been reported a potential move for Thiago was being held up by uncertainty over the future of Liverpool midfielder Georginio Wijnaldum.

The Dutchman, who is in the final year of his contract at Anfield, has been linked with Barcelona.

Liverpool, however, have decided to make their move for Thiago now with Manchester United also reportedly chasing the signature of the Spanish playmaker.

He would be Liverpool's second signing of the summer transfer window and a more significant acquisition than that of Greece left-back Kostas Tsimikas, who was bought to provide cover for Andy Robertson.