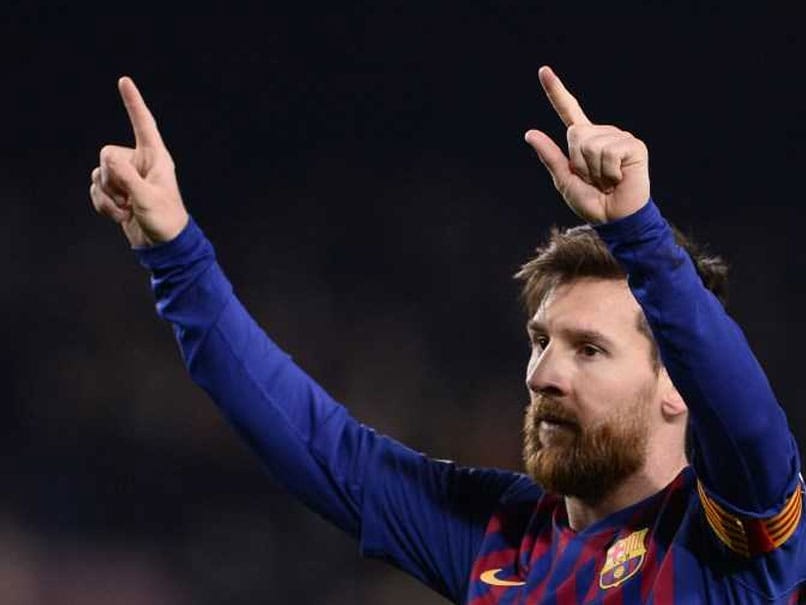 Lionel Messi urged investigators on Friday to resume the search for missing striker Emiliano Sala after police called off rescue operations and admitted the chances of finding him were "extremely remote". Police from Guernsey abandoned the search on Thursday after the light aircraft taking the 28-year-old Argentinian to Wales following his signing with Cardiff City from Ligue 1 side Nantes disappeared from radar near the British island on Monday.

"While there is the possibility, a shred of hope, we ask that you please #NoDejenDeBuscar (don't stop searching) for Emiliano. All my strength to your family and friends," said the Barcelona attacker on Instagram, with the hashtag "#PRAYFORSALA". Lionel Messi's plea comes after Emiliano Sala's father and other players, including Bordeaux's Valentin Vada and Leganes' Uruguayan attacker Diego Rolan, begged authorities to continue the search.

Sala's family have asked that Nantes not to commemorate their former teammate at this weekend's French Cup clash with third-tier Entente Sannois Saint-Gratien.

"We ask you to respect the family who absolutely refuse to talk about mourning and ask us to keep believing," Nantes captain Valentin Rongier told more than 300 Nantes fans who came to an open training session on Thursday.

"It is for this reason that we are not going to have a minute's silence or a minute's applause because we still have hope."