Lecce Relegated As Curtain Comes Down On Historic Serie A Season

Lecce lost 3-4 at home to mid-table Parma but would have dropped down to Serie B even if they had won as relegation rivals Genoa thumped Hellas Verona 3-0. 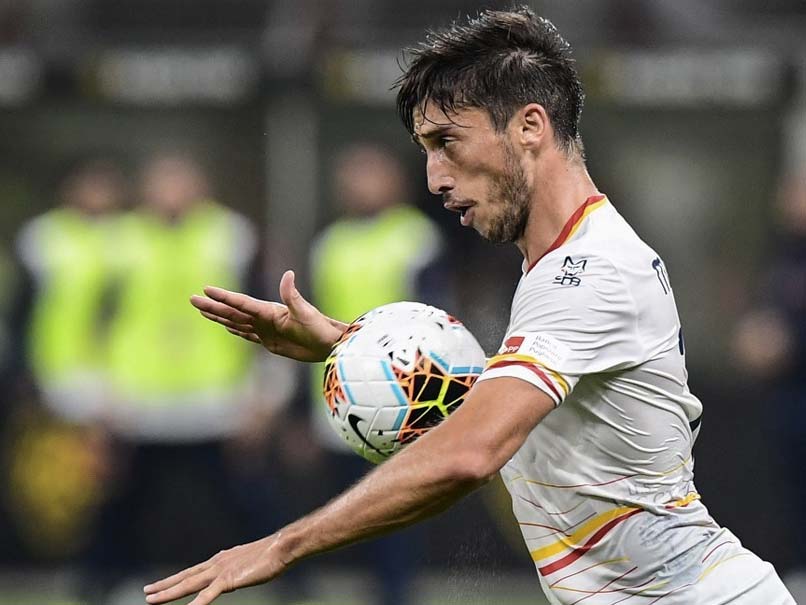 Lecce were relegated from Serie A after one season in the top flight.© AFP

Lecce were relegated from Serie A after one season in the top flight on Sunday as a dramatic season both on and off the pitch in Italy came to a close. Fabio Liverani's side lost 4-3 at home to mid-table Parma but would have dropped down to Serie B even if they had won as relegation rivals Genoa thumped Hellas Verona 3-0 in a match that saw four red cards, including one for Verona coach Ivan Juric. Lecce, who drop down to Serie B after finishing 17th, were a point behind Genoa going into the final round of matches and needed to beat Parma and hope Genoa failed to win against Verona in order to stay in the top division.

However, unfortunate Lecce defender Fabio Lucioni made his team's task harder after just 10 minutes when he bundled the ball into his own goal after Hernani's shot thumped out off the post.

Gianluca Caprari then doubled the away side's lead 13 minutes later when he lashed home a superb first time finish after being fed by Hernani.

Seconds later Antonio Sanabria scored the second of his two goals for Genoa to put the hosts 2-0 up against Verona at the Stadio Luigi Ferraris, effectively ending Lecce's hopes of a final day miracle.

Entertaining Lecce didn't give up though and two quick goals put them level, Antonin Barak heading them back into the game in the 40th minute before Biagio Meccariello equalised with another bullet header just before the break.

However by that time Genoa were three goals ahead and as good as safe thanks to Cristian Romero's own beautifully-placed header.

Andreas Cornelius then put Parma back ahead six minutes after the restart when he tapped in Antonino Barilla's low cross, before Barilla then provided another perfect pass for Roberto Inglese to re-establish Parma's two-goal lead in the 66th minute.

That was the 85th goal Lecce had conceded this season, the league's worst defensive record, and meant Gianluca Lapadula's close range finish seconds later didn't even earn Lecce a point.

Elsewhere Udinese won 1-0 at Sassuolo thanks to Stefano Okaka's strike seven minutes after the break while Torino and Bologna played a 1-1 draw in two matches with little at stake.

Kouame headed the away side into an 89th-minute lead and after supplying the cross for the Ivory Coast international Pulgar then made no mistake from the penalty spot in stoppage time.

The sides had been level since the 39th minute when Marco D'Alessandro guided home a beautiful volley to cancel out Ghana midfielder Alfred Duncan's 30th-minute opener.

Fiorentina finish 10th while SPAL waved goodbye to Serie A with their 28th defeat of the campaign.

The Serie A season finished deep into a hot Italian summer with Juventus crowned champions for the ninth straight year and little coronavirus drama despite the country at one point being the world's worst affected.

Italy's north was hit especially hard by COVID-19 as the Lombardy region, which includes the financial capital Milan, became the global epicentre of the pandemic in March.

Earlier on Sunday sports minister Vincenzo Spadafora admitted to news agency ANSA that the Italian government at one point "genuinely thought the season would be called off".

"We were faced with weeks and months in which everything was put up for debate," he said, "in which our only thought was how we could deal with this pandemic ... and save as many lives as possible."

Verona Football
Get the latest updates on IPL Auction 2023 and check out  IPL 2023 and Live Cricket Score. Like us on Facebook or follow us on Twitter for more sports updates. You can also download the NDTV Cricket app for Android or iOS.