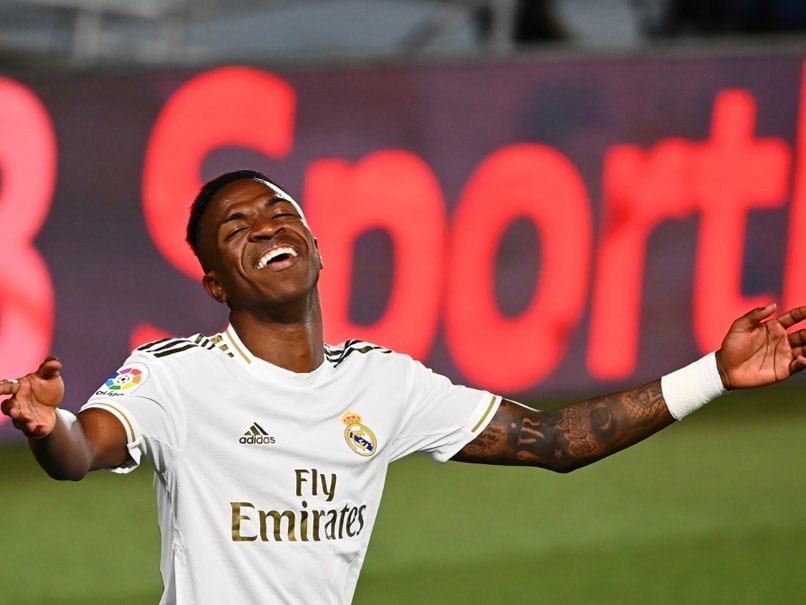 Vinicius Junior has been included in Real Madrid squad for the match against Alaves on Friday.© AFP

Brazilian striker Vinicius Junior was named in the Real Madrid squad to play Alaves on Friday after coach Zinedine Zidane confirmed his reported positive coronavirus test was the result of an error. "The doctor told me that the test didn't work properly and we're going to do it again," Zidane said. "He hasn't tested positive, the test didn't work properly. "Sometimes there can be mistakes and you don't get a negative or positive result. That can happen." Zidane is also counting on the presence of Belgian star Eden Hazard, who missed the 1-0 victory over Atletico Bilbao with an ankle injury.

"He's just got some discomfort, it's not a relapse and he trained with us as usual," Zidane said.

"I hope that Hazard is with us for the four remaining games and then the Champions League. He wants to be involved and isn't fearful. He feels a bit of discomfort from time to time."

Madrid, however, will be without the suspended pair of Sergio Ramos and Dani Carvajal, while Marcelo missed Thursday's training with what Zidane dubbed a "very minor injury".

"We'll have to see how he gets on in the coming days because he'll have a scan tomorrow."

With just four games to the end of the season, Real sit one point ahead of Barcelona but with Friday's game in hand.

Meanwhile, Sevilla left it late to secure a come-from-behind 2-1 win at Athletic Bilbao which boosted their chances of making the Champions League next season.

Sevilla stay fourth but now have 63 points, six ahead of Villarreal with three games to play.

Ander Capa had opened the scoring for Bilbao after half an hour.

Earlier Thursday, Eibar and Leganes drew 0-0 while Japan's Take Kubo scored one of the goals that gave Real Mallorca a 2-0 win over Levante to help boost their hopes of beating the drop.