La Liga Clubs Given Permission To Expand Into Group Training

Teams like Real Madrid, Barcelona and Aletico Madrid, who belong to areas further behind in Spain's de-escalation programme, will also be able to train in groups of 10. 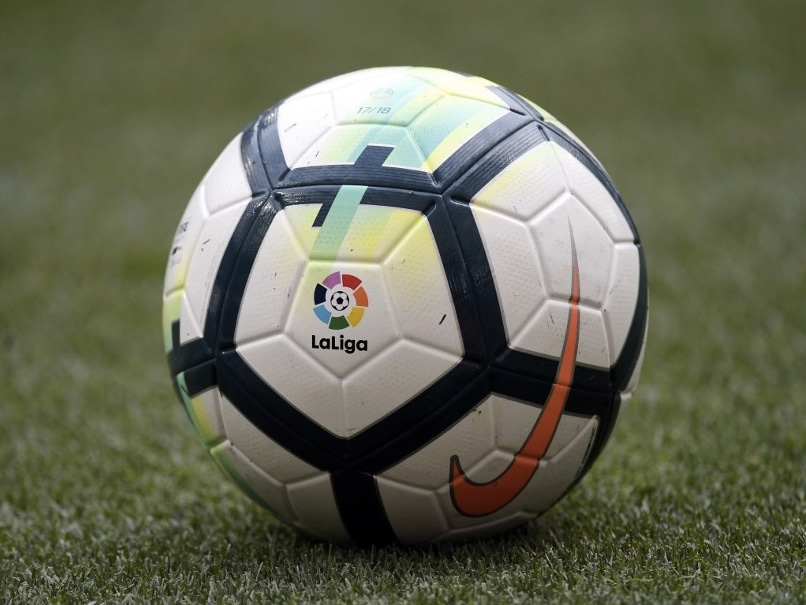 La Liga president Javier Tebas has circled June 12 as the ideal date for the league to resume.© AFP

La Liga have told clubs they will be able to increase training to involve groups of up to 10 players on Monday as teams take another step towards the planned resumption of the season next month. The Spanish government has announced protocol that will allow training sessions to be expanded by all clubs, even those belonging to areas that are further behind in the country's de-escalation programme. It means teams like Real Madrid, Barcelona and Aletico Madrid will be able to train in groups of 10, a source at La Liga told AFP, despite both Madrid and Catalonia remaining in 'phase 0' as two of Spain's worst-hit regions by coronavirus.

Espanyol, Leganes, Getafe and Real Valladolid will also be given special permission to do training in larger groups.

The move comes as a boost to La Liga's hopes of restarting the season in the middle of June and following the lead of Germany's Bundesliga, which staged games behind closed doors on Saturday.

Teams in the top two divisions in Spain have already returned to their training grounds this month, with players working individually as part of La Liga's staggered programme, which includes regular testing and strict medical protocol.

La Liga president Javier Tebas has circled June 12 as the ideal date for matches to return but admitted the exact timing will depend on the health authorities in Spain and the trajectory of the virus.

According to an official statement by the government on Saturday, professional sports clubs "may carry out complete training sessions" while "complying with the corresponding prevention and hygiene measures".

The statement puts the maximum number at 14 for group training but La Liga have informed clubs the limit will be 10 on Monday.

La Liga first suspended fixtures on March 14 and Tebas has estimated that failing to complete the season would cost clubs around 1 billion euros.

Atletico Madrid Football
Get the latest updates on Fifa Worldcup 2022 and check out  Fifa World Cup Schedule, Stats and Live Cricket Score. Like us on Facebook or follow us on Twitter for more sports updates. You can also download the NDTV Cricket app for Android or iOS.