The announcement about Giorgio Chiellini came a day after Juventus disclosed that first team players Carlo Pinsoglio and Arthur Melo had tested positive. 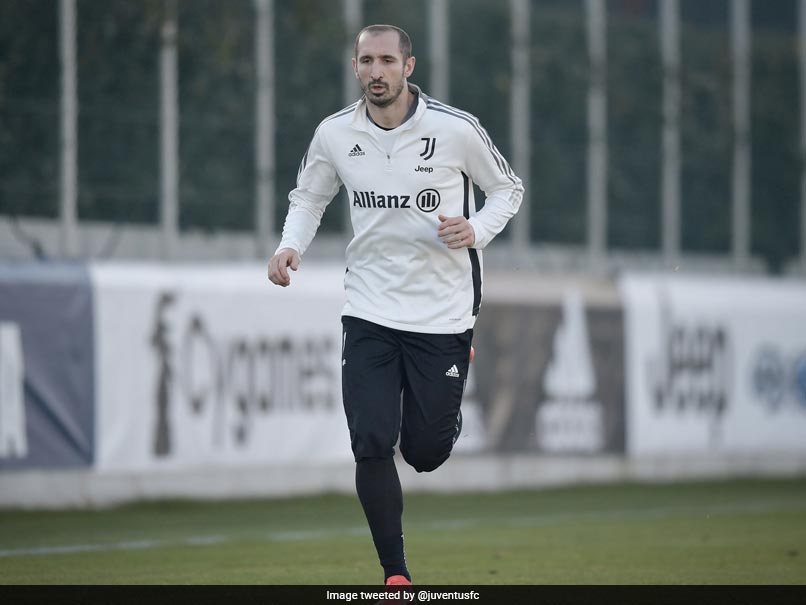 Juventus captain Giorgio Chiellini has tested positive for COVID-19, the Turin club announced on Saturday. The defender had been in isolation at home after coming into contact with a positive case during the week, according to news reports, before being tested on Saturday. "Juventus Football Club announce that, during today's screening procedures to which the player Giorgio Chiellini underwent for the resumption of competitive activity, a positive test for Covid-19 was detected," the club wrote on their website.

"The player is already observing the prescribed rules and has been placed in isolation, in accordance with the health protocol in force."

The announcement about Chiellini came a day after the club disclosed that first team players Carlo Pinsoglio and Arthur Melo had tested positive.

Juventus host Napoli on Thursday in their first Serie A game since the winter break.

Juventus Giorgio Chiellini Football
Get the latest updates on ICC Women's Cricket World Cup 2022 and IPL 2022, check out the Schedule , Live Score and IPL Points Table. Like us on Facebook or follow us on Twitter for more sports updates. You can also download the NDTV Cricket app for Android or iOS.