Douglas Costa was sent off after being caught by VAR aiming an elbow and headbutt before spitting in the face of Federico Di Francesco. 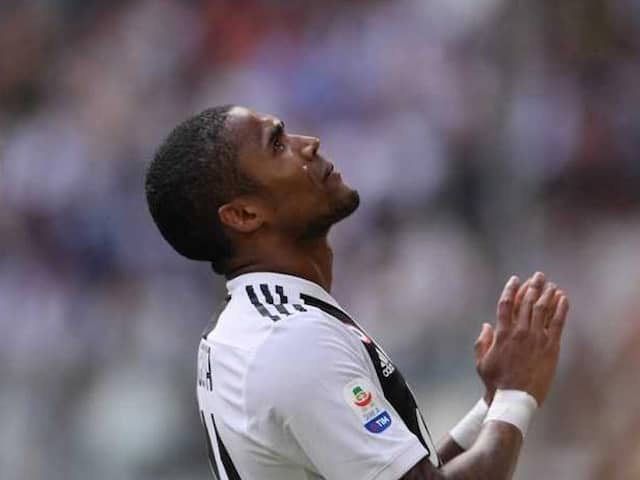 Juventus forward Douglas Costa has been banned for four matches for spitting in the face of Sassuolo winger Federico Di Francesco in last weekend's Serie A game in Turin, the Italian FA announced on Tuesday. Costa was sent off after being caught by VAR aiming an elbow and headbutt before spitting in the face of Di Francesco, the son of Roma coach Eusebio Di Francesco, as the champions won 2-1 thanks to Cristiano Ronaldo's first goals for the club. Juventus coach Massimiliano Allegri has said Costa will be fined for "rising to provocation".

But the 28-year-old was nevertheless selected in the squad for Wednesday's Champions League opener against Valencia in Spain.

Di Francesco had earlier rubbished claims that he provoked the Brazilian with racist insults.

Costa posted an apology to his teammates and fans on his Instagram account on Sunday, although he replied to one comment by saying that people did not know what Di Francesco had said to him.

"You don't know what he said to me. But no big deal... I say sorry to all those who I have to say it to, because I did wrong," Costa wrote.

And amid the speculation, 24-year-old Di Francesco hit back at suggestions he had aimed racist insults at his rival.

"I'm deeply troubled by the allegations and inventions that have appeared in some national media outlets," Di Francesco said on Sassuolo's Twitter account.

"All of this is offensive and derogatory. I won't allow any racist behaviour and/or phrases, which do not belong to my ethical values and are the fruit of other people's imagination, to be attributed to me. I ask for and demand respect!"