Ronaldo had to wait until his fourth game for Real Madrid last season to get his first league goal. 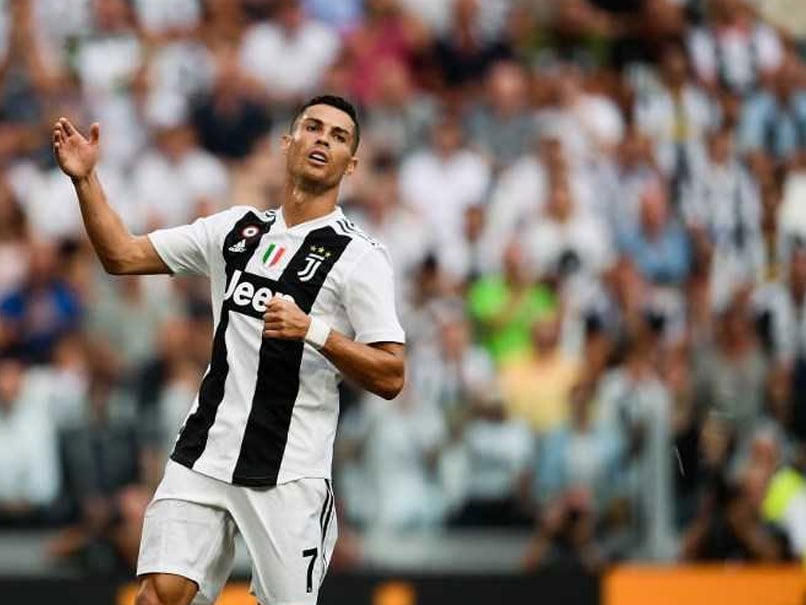 Serie A returns after a two-week international break.© AFP

Cristiano Ronaldo faces Sassuolo on Sunday still chasing his maiden competitive goal for Italian champions Juventus before he returns to Spain for the first time in the Champions League. Bolstered by five-time winner Ronaldo, Juventus begin their quest for the Champions League title which has eluded them since 1996 in Valencia next Wednesday. Despite a seventh straight Serie A title last season the Turin giants plunged into the red with a 19.2-million-euro ($22.4m) loss as a result of their European quarter-final exit.

Serie A returns after a two-week international break with former Real Madrid player Ronaldo having skipped Portugal duty to focus on his new club, just as his teammate, Croatia's World Cup runner-up Mario Mandzukic, did.

During the break the 33-year-old was pictured relaxing on board his yacht off St Tropez on the French Riveria.

"Vitamin D," wrote the five-time Ballon d'Or winner under a photo of him lounging on the deck of his yacht.

"As my teammates say, back to reality, work done," he later posted. "Feeling good!! Let's go."

Coach Massimiliano Allegri says he is not concerned that Ronaldo has failed to find the net despite 23 shots at goal in three games.

"It takes time. We'll all be fresher after the break and that's when the real season starts," said Allegri.

Ronaldo had to wait until his fourth game for Real Madrid last season to get his first league goal.

Germany midfielder Sami Khedira pointed out in an interview after his contract at Juventus was extended this week that the Portuguese star was brought in not to rack up goals but to make the difference in the Champions League and turn "dreams into reality".

Juventus beat Sassuolo 7-0 in their final match last season, but the club from Modena have made a strong start this campaign and are just behind the champions in the table after two wins and a draw.

Allegri will be keen to rotate his side with a crowded schedule of seven games in 21 days, and defender Andrea Barzagli sidelined with a calf problem.

Despite being overshadowed by the arrival of Ronaldo, Dybala insists he feels fortunate to play in the same team as the five-time Ballon d'Or winner.

"I told myself after I was lucky to play with Lionel Messi in the national team, I have now had the opportunity to play alongside Ronaldo," said Dybala.

Napoli, Roma and Inter Milan also have Champions League games on their minds.

Roma host Chievo on Sunday after their loss to AC Milan before the break, and ahead of a trip to Spain to take on holders Real Madrid.

Inter Milan play at home against Parma on Saturday before playing Tottenham Hotspur in the San Siro in their first European game since the 2011-2012 season.

Luciano Spalletti's Inter - with last year's star forward Mauro Icardi fighting to shake off a muscular injury - are coming off a 3-0 win over Bologna after taking just a point from their first two games.

Carlo Ancelotti will look to put his first defeat as Napoli coach behind him when last season's runners-up host Fiorentina before playing Red Star in Belgrade on Tuesday.

Fiorentina have won two games with their first match against Sampdoria postponed because of the Genoa bridge disaster.