"Really Had Enough": Jose Mourinho Itching For Managerial Return, On His Terms

Jose Mourinho was fired by Manchester United in December 2018 after a two-year spell. 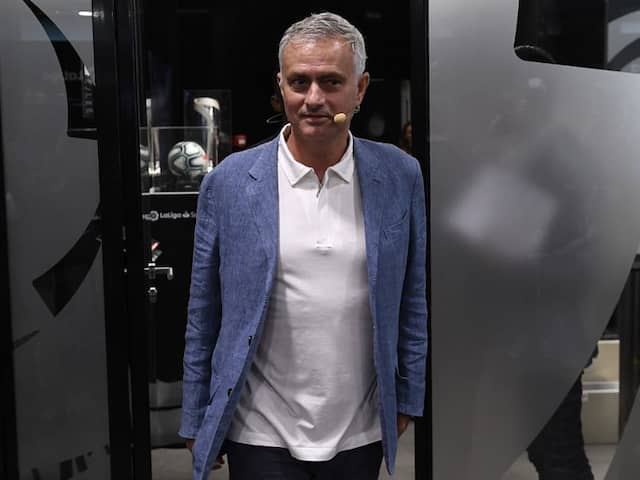 Jose Mourinho has had enough of being on holidays, he told Spanish television on Thursday.© AFP

Unemployed football coach Jose Mourinho has had enough of being on holidays, he told Spanish television on Thursday, but has ruled out taking over an international outfit or joining someone mid-season. Jose Mourinho was fired by Manchester United in December 2018 after a two-year spell of relative success was overshadowed by the results of local rivals and rising football force Manchester City. The Portuguese shot to fame as the upstart boss of surprise 2004 Champions League winners Porto, then became a superstar with his success and personality at Chelsea, Real Madrid, Inter Milan and finally Manchester United.

He picked up the nickname 'the Special One' when joining Chelsea, after saying they had been looking for a top manager and that he was a special one.

"I've had enough, I've really had enough," said Mourinho on Thursday, after being asked if he was enjoying his protracted break after years in the hot-seat.

"I spent this summer like any other fan for the first time, now I understand how that feels," he said.

With the European Championships swinging into view for 2020 the outspoken coach was asked if he would take on a national team.

"It's something I'd like to do, take a team to a European Championships or a World Cup, I can get into that," he said.

"But two years of little games (qualifiers) wouldn't suit me... I like overseeing daily training and playing two or three games a week," he said.

He ruled out joining a club before the start of the next campaign.

"I don't want to take over a club in January, I'd like to find a club that wants me to start for next season."

Mourinho, who is doing a little TV punditry, said that his time at Madrid had been the most rewarding due to the rivalry with Barcelona.

Inter Milan Jose Mourinho Football
Get the latest Cricket news, check out the India cricket schedule, Cricket live score . Like us on Facebook or follow us on Twitter for more sports updates. You can also download the NDTV Cricket app for Android or iOS.