Javier Mascherano was sentenced to one-year in prison for committing tax fraud of 1.5 million euros, but the FC Barcelona and Argentina defender will avoid jail term by paying a fine of 816,000 euros. In Spain, sentences less than two years are normally suspended. 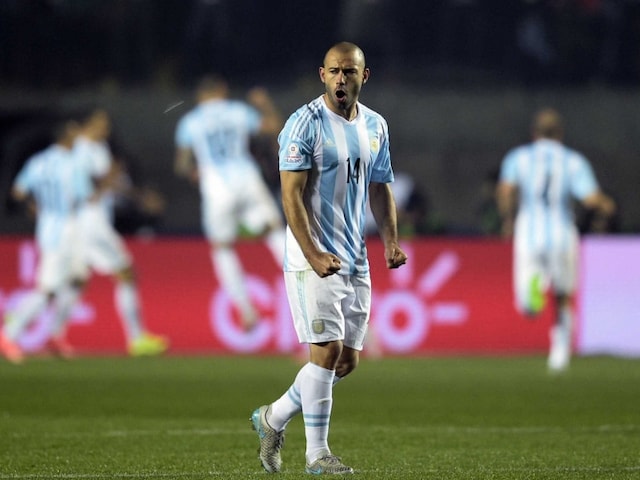 Javier Mascherano had failed to declare over 1.5 million Euros in earnings between 2011 and 2013.© AFP
Barcelona:

FC Barcelona and Argentina's Javier Mascherano accepted a one-year suspended prison sentence and a fine of 816,000 euros ($891,000) before a judge on Thursday for committing tax fraud of 1.5 million euros.

The plea agreed between the former Liverpool midfielder's lawyers and the public prosecutor in December, was formally processed in a hearing that lasted barely 10 minutes.

In Spain, sentences less than two years are normally suspended unless the guilty party has previous convictions.

The prosecution alleged Mascherano failed to declare over 1.5 million Euros in earnings between 2011 and 2013 by ceding his image rights to companies he owns in Portugal and the United States.

Mascherano admitted to the two counts of tax fraud against him in October and deposited nearly 1.75 million euros with the tax authorities in September to repay the amount owed plus interest.

"I'm very relieved to know I am back in line," Mascherano said in a statement published on his official Twitter account.

"I am a professional sportsman, I don't have great knowledge of tax and legal matters. Therefore, I have to rely on people that manage these technical issues.

"During my whole career I have been an honest and responsible, respectful to my teammates and the clubs I have represented and the countries I have lived in."

Mascherano's club and international teammate Lionel Messi faces similar sanctions as he is due to stand trail for tax fraud on May 31.

The recently crowned five-time World Player of the Year and his father have been charged with allegedly failing to declare 4.16 million euros in taxes related to his image rights between 2007 and 2009.

Unlike Mascherano, Messi hasn't admitted to any crime, insisting it was his father Jorge Horacio who managed his finances, which makes a similar plea with the authorities less likely.

Comments
Topics mentioned in this article
Javier Mascherano Barcelona Argentina Lionel Messi Football
Get the latest Cricket news, check out the India cricket schedule, Cricket live score . Like us on Facebook or follow us on Twitter for more sports updates. You can also download the NDTV Cricket app for Android or iOS.