Released by his boyhood club at age of 16, the exploits of Jamie Vardy, the former splint factory worker-turned record breaker have taken Leicester City to the brink of achieving the unthinkable. 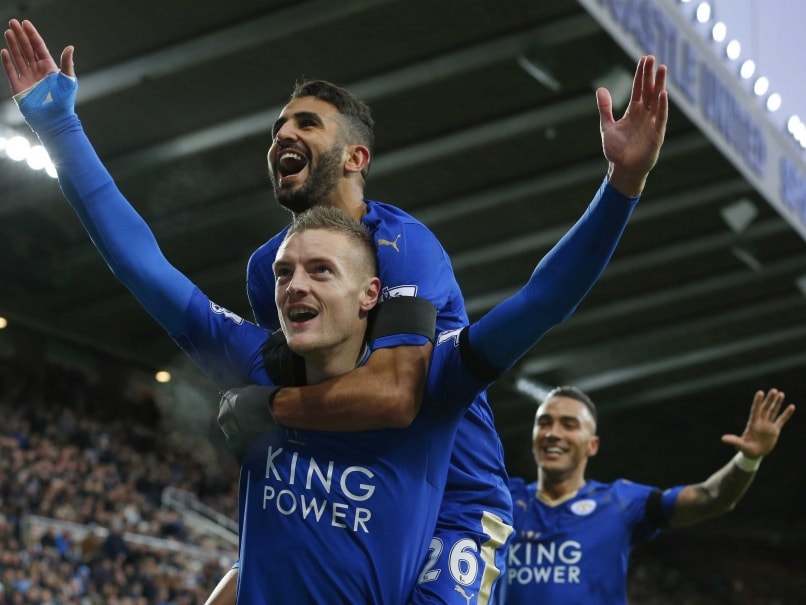 Jamie Vardy has scored 21 goals for Leicester City in the 2015/16 EPL and his contribution has been the main driving force behind the team's success.© AFP

On a chilly Tuesday evening in London, the Dutch were in town for a football friendly at Wembley. Starting up front for England was the man we had all come to watch -- Jamie Vardy, the Rocky Balboa of English football and the man behind the Leicester miracle this season. (Jamie Vardy Breaks Scoring Record)

With the No. 10 on his back, the explosive forward charged and probed, chasing everything down in typical fashion. The inevitable beckoned when Vardy found himself in space inside the box, hitting the back of the net from Nathaniel Clyne's cross, lifting the roof off in the 41st minute. It was his second international goal. England were impressive in attack, but a Dutch side in transition came from behind to record a spirit-boosting 2-1 victory.

"Jamie Vardy's havin' a party," echoed through Wembley. Despite the Dutch raining on Vardy's parade, for a lot of us, witnessing the enigma playing at his peak and scoring at the most iconic of stadiums got us our money's worth.

Vardy's meteoric rise has been nothing short of an underdog story for the ages. The Sheffield-born forward's career seemingly has seen more ups and downs than Arsene Wenger's famed zipper.

Released by Sheffield Wednesday in 2002, the Leicester City top scorer started his semi-professional career at Stocksbridge Park Steels in 2003, in the Northern Premier League, an astounding seven-tiers below the Premier League.

Described as a 'rough diamond', it wasn't hard to overlook Vardy's potential in his early years. Fast but lanky, his frame raised suspicions that defenders would bully him off the ball.

Sold to Halifax Town for a measly 15,000 Pounds in 2010, his career look set to follow in the steps of the quintessential 'forgotten footballer'  -- raw talent, couldn't impress scouts, didn't make the cut.

Vardy though, kept fighting. Working full-time as a technician, manufacturing medical splints for the disabled, he rallied on, winning promotions with Halifax and later Fleetwood. His goals caught the eye of Nigel Pearson and in 2012, Vardy made headlines, becoming the first non-league player to be sold for 1 million Pounds, as Leicester City took a gamble on the then 25-year old.

Four years on, and a screaming Martin Tyler would have you believe that the football gods have rewarded Vardy with his very own place in Premier League folklore.

"It's eleven! It's heaven for Jamie Vardy!" he exclaimed, as Vardy smashed the league record by scoring in an unprecedented 11th consecutive game.

The feat cemented Vardy as an outlier, as one who went against the grain and ended up triumphant. The once scrawny factory worker now had a full-time job terrorizing Premier League defences.

If indeed the Leicester City fairytale does come true, Jamie Vardy's party will culminate in a well-deserved champagne finale.

Comments
Topics mentioned in this article
Jamie Vardy Leicester City Football
Get the latest updates on IPL 2021, IPL Points Table , IPL Schedule 2021 , live score . Like us on Facebook or follow us on Twitter for more sports updates. You can also download the NDTV Cricket app for Android or iOS.