Jack Charlton also enjoyed a fairytale spell as manager of the Republic of Ireland guiding them to several major finals -- advancing to the 1990 World Cup quarter-finals. 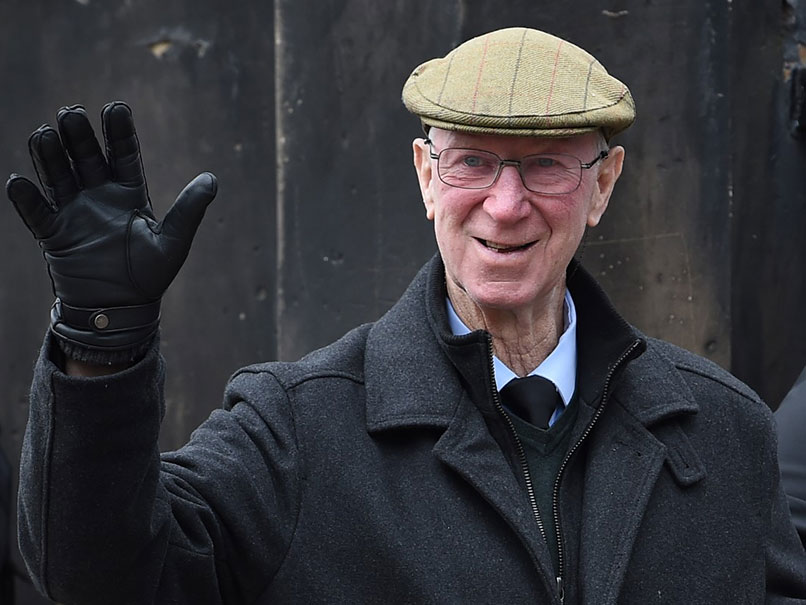 Jack Charlton was awarded honorary citizenship by Republic of Ireland in 1996.© AFP

Jack Charlton, a member of the England 1966 World Cup winning side and who went on to become a cult hero in Ireland, has died aged 85, his family announced on Saturday. Charlton -- elder brother of his fellow World Cup winning team-mate Bobby -- was an integral part of the great Don Revie managed Leeds United side that won the 1969 League title and the 1972 FA Cup.

Charlton also enjoyed a fairytale spell as manager of the Republic of Ireland guiding them to several major finals -- advancing to the 1990 World Cup quarter-finals.

Such was his achievement with Ireland that he was awarded the Republic's most distinguished award, honorary Irish citizenship in 1996.

"Jack died peacefully on Friday, July 10 at the age of 85. He was at home in Northumberland, with his family by his side," read a family statement.

"As well as a friend to many, he was a much-adored husband, father, grandfather and great-grandfather.

"We cannot express how proud we are of the extraordinary life he led and the pleasure he brought to so many people in different countries and from all walks of life.

"He was a thoroughly honest, kind, funny and genuine man who always had time for people.

"His loss will leave a huge hole in all our lives but we are thankful for a lifetime of happy memories."

Leeds issued their own trbute to 'Big Jack' whose uncompromising style as a defender epitomised the rugged side to the Revie era.

"Charlton made a club record 773 appearances for Leeds United over a 23-year period as a player, becoming one of the all-time great central defenders in the game."

'Best manager I played under'

"We are extremely saddened by the passing of Jack Charlton, brother of Sir Bobby and member of England's 1966 World Cup-winning team," they said.

"Our deepest condolences go to all the Charlton family for their immensely sad loss."

His grand daughter Kate Wilkinson gave an insight into the private side of the outwardly gruff man who is the sixth member of England's 1966 winning side to die.

"He was kind, playful and genuine, and I'll miss him so much."

The 35-times capped Charlton managed at club level too but it was by turning Ireland from no hopers into a respected national side -- though with a distinctly no frills and direct style -- that he will be remembered.

A memorable win over England at Euro 1988 was followed by a run to the last eight in the 1990 World Cup where they lost to Italy.

Charlton secured the likes of Scotland-born Ray Houghton and England-born Andy Townsend and John Aldridge after unearthing some family links to Ireland.

The players reflected the thrill he had given them in tributes earlier this year when he turned 85.

Former Liverpool star Aldridge described him as the "best manager I played under" whilst ex Chelsea star Townsend poked affectionate fun at him and his famed outdoor hobbies.

"I hope you're behaving yourself and you're not out shooting and fishing and going to the pub during this lockdown," wrote Townsend.

Charlton is the third member of Revie's Leeds side to die this year with Norman Hunter and Trevor Cherry also passing away.

Republic of Ireland Football
Get the latest updates on SA vs IND 2021-22, check out the Schedule and Live Score . Like us on Facebook or follow us on Twitter for more sports updates. You can also download the NDTV Cricket app for Android or iOS.