Baichung Bhutia will be among 10 international stars who will be inducted in the Asian Football Confederation's Hall of Fame on Sunday. The former Indian captain is hurt that India's FIFA ranking has hit a record low, 170. 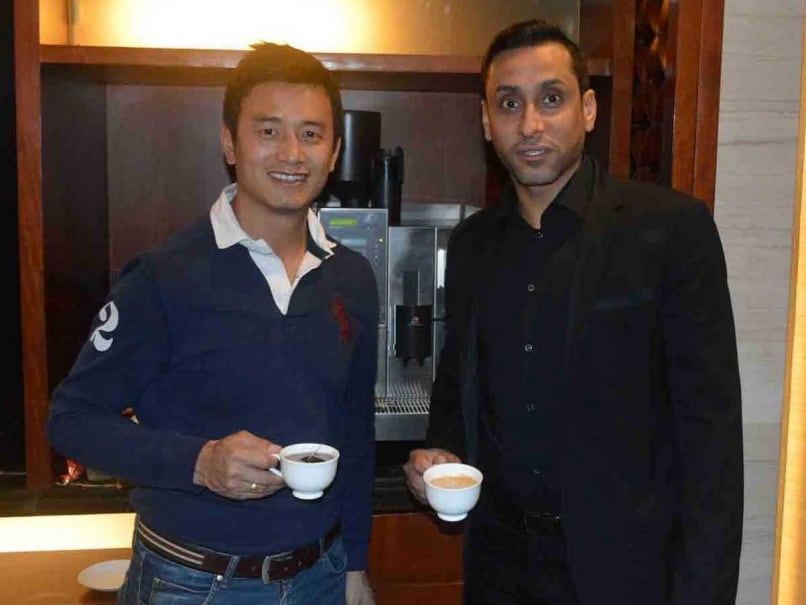 Saddened by the fact that India's FIFA ranking has crashed to a record low, Bhutia says: "It's a great honour to be in the Hall of Fame. It means a lot to a young boy who took up a sport with an uncertain future and struggled all his life to achieve excellence." The 37-year-old Bhutia told sports.ndtv.com: "I want to share this honour with all players and coaches, who struggle every day to play football in India."

India's latest FIFA ranking has plummeted to a hopeless 170, a sharp drop of 11 places, and Bhutia feels "this is the worst time for Indian football." On the eve of AFC's 60th anniversary celebrations, Bhutia is caught in a cross-current of emotions. "On one side, I am being inducted into the AFC Hall of Fame and on the other side, our football is hurtling down the drain. It's a difficult situation."

Out of competitive tournaments, Bhutia continues to remain the face of Indian football. On Saturday evening, Al Jaber greeted Bhutia with a big smile and the duo exchanged pleasantries in Manila's Makati Shangri-La Hotel, the venue of Sunday's gala function that has brought together 500 delegates from across the world. FIFA boss Sepp Blatter is one of the several high-profile guests.

Unlike cricket, where BCCI officials virtually dictate terms at the world level, India's football officials seem to be among the also-rans in AFC's scheme of things. There is just one senior official here. Senior vice-president Subrata Dutta is a member of the AFC's Competition Committee and AIFF president Praful Patel didn't turn up at Saturday morning's Executive Committee meeting. The AIFF's general secretary Kushal Das is another notable absentee.

"This is the worst situation for Indian football. Till we improve our ranking, we will not be taken seriously," lamented Bhutia, who captained India at the AFC Asian Cup in 2011 when the country was returning to the prestigious continental tournament after a gap of 27 years.

"We are at crossroads. The ISL (Indian Super League) has brought the crowds back, but this alone won't help. I would like to see the ISL teams putting up I-League teams as well. We need to sustain the tempo throughout. Merging ISL and I-League will be a wrong decision," suggested Bhutia, who is the chairman of the AIFF's technical committee.

"ISL is certainly leaving its impact on the Indian football fan. The kids are getting interested and that's the greatest positive. It's a good idea to have marquee players like Del Piero and Anelka. World players are an attraction. But AIFF should take this forward," said Bhutia.