The 2016 Indian Super league will kick-start with a glitzy opening ceremony in Guwahati, where film stars like Alia Bhatt, Jacqueline Fernandes and Varun Dhawan will perform 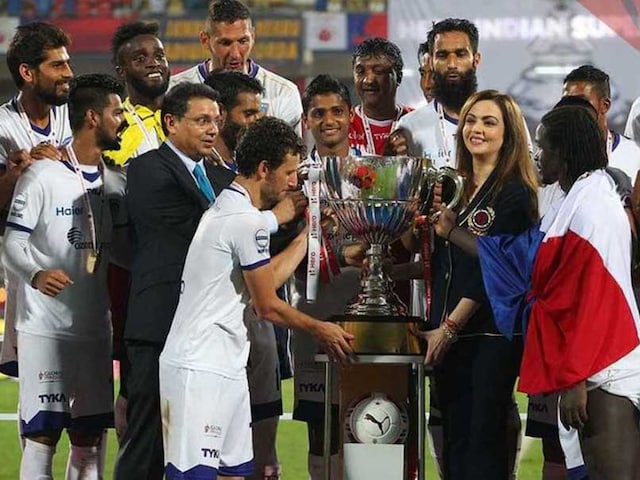 A carnival atmosphere will fill the air when the opening ceremony of Indian Super League 3 celebrates the cultural diversity and spirit of the eight sisters before familiar foes Northeast United FC and Kerala Blasters resume their rivalry on the pitch here on Saturday.

For long the hub for producing and nurturing talent who ply their trade in the ISL, the I-League and the Indian national sides, the region has been rewarded with the opening ceremony by the tournament organisers.

It would not be an overstatement to say that the ISL's attempt at being recognised as the premier football tournament of India has been a success. This is largely due to the several high-profile signings over the past two years, and the emergence of new talent.

Besides the cultural part, act 1 at the Indira Gandhi Athletic Stadium will feature a bevy of Bollywood stars gyrating to hindi chartbusters.

Bollywood heartthrobs Alia Bhatt, Jacqueline Fernandes and Varun Dhawan, along with about 500 performers are ready to rock the stadium in the short, yet spectacular, 30-minute show.

Film stars and cricketers in attendance

The local flavour will be added by the famed Shillong Chamber Choir who have enthralled audiences across the globe.

Rio Olympics silver medallist PV Sindhu will be another star attraction at the gala event.

As far as football is concerned, both Northeast United and Kerala Blasters missed out on qualification to the semi-finals of the league last year and will be eager to go that extra mile this year.

While the northeasters narrowly missed the bus by coming fifth, Kerala Blasters, runner-up of the inaugural edition in 2014, finished with the wooden spoon in the eight-team franchise-based league.

NEUFC boss John does not believe in superstitions but he knows that teams hosting the opening ceremony triumphed in the first two editions.

"I am not a superstitious man, but when it is a happy co-incidence like this one is, we all hope that our dreams... the dreams of all the fans of the northeast can come true this year," said John.

Northeast United finished at the bottom of the pool during the inaugural edition and John admitted they made mistakes. Last season, the team missed out on a semifinal berth by a whisker.

"This year, we hope to go one step further and at least make the semis. We will see where we go from there," he said.

Had it not been for Edel Bete's fingertips, Kerala Blasters would have celebrated a famous triumph in the inaugural edition. The Blasters fought their way to the final against Atletico de Kolkata, came agonisingly close but eventually lost to a last-minute goal against their Kolkata rivals.

The next season there was another disappointment and the pain was more acute. All through the second edition, Kerala Blasters struggled to find their feet and, despite a change in coaching personnel, could only finish at the bottom of the league.

For a state that takes great pride in its support for football, Kerala Blasters deserved much more than a bottom-place finish.

The franchise now has new co-owners and a new coach but some things, like the English coaches since the start of the ISL, has remained unchanged. The team will hope that its fourtunes change for the better this time around.

Comments
Topics mentioned in this article
Indian Super League , 2014-10-12 , India Football , 1900-01-01 ,
Get the latest Cricket news, check out the India cricket schedule, Cricket live score . Like us on Facebook or follow us on Twitter for more sports updates. You can also download the NDTV Cricket app for Android or iOS.