La Liga boss Javier Tebas criticised clubs such as Inter, PSG and Manchester City and claimed he had doubts whether the Italian club had the cash to buy Luka Modric. 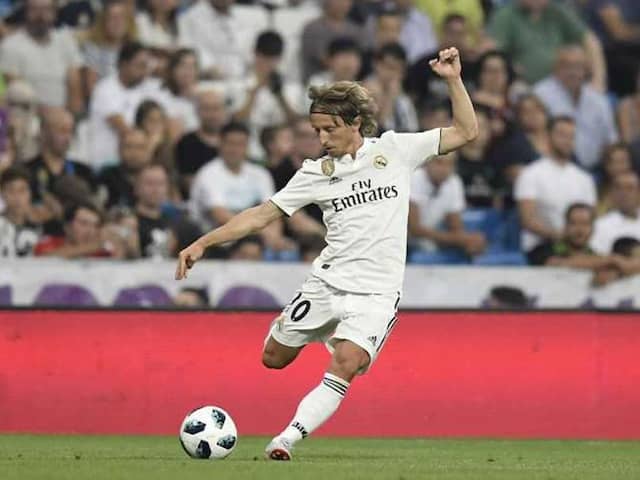 Luka Modric had been touted for a move to Italy but opted instead to extend his stay with Real Madrid.© AFP

Inter Milan said on Friday they were ready to sue Spanish football league president Javier Tebas over comments he made concerning the Italian team's bid to sign Real Madrid's Croatian star Luka Modric this summer. "Inter Milan announces that it will take legal action against Mr Javier Tebas in relation to statements made today to the press," the northern Italian club said in a statement. In a media rant Tebas criticised clubs such as Inter, Paris Saint-Germain and Manchester City and claimed he had doubts whether the Italian club had the cash to buy midfielder Modric.

"You'll need to ask why state-owned clubs exist as they are inflating the market when they buy players," said Tebas.

Juventus topped the summer spending in Italy with 235 million euros (USD 265 million) invested in new players -- more than double rivals AS Roma and Napoli -- as Serie A clubs spent more than a billion euros, second among the top five European leagues behind the big-spending English Premier League.

"Regarding Inter, the offer made for Modric is trickery. The affair of PSG for Neymar is cheating."

The Italian League said they were "surprised and bitter" at Tebas's "completely unfounded" comments.

Midfielder Modric, 33, inspired Croatia to the FIFA World Cup final last month and was named the player of the tournament.

He had been touted for a move to Italy but opted instead to extend his six-year stay with Real Madrid after securing a salary rise.

Real Madrid Luka Modric Football
Get the latest Cricket news, check out the India cricket schedule, Cricket live score . Like us on Facebook or follow us on Twitter for more sports updates. You can also download the NDTV Cricket app for Android or iOS.