Juventus open their campaign on Saturday against a sombre backdrop of a country in mourning following the Genoa bridge disaster. 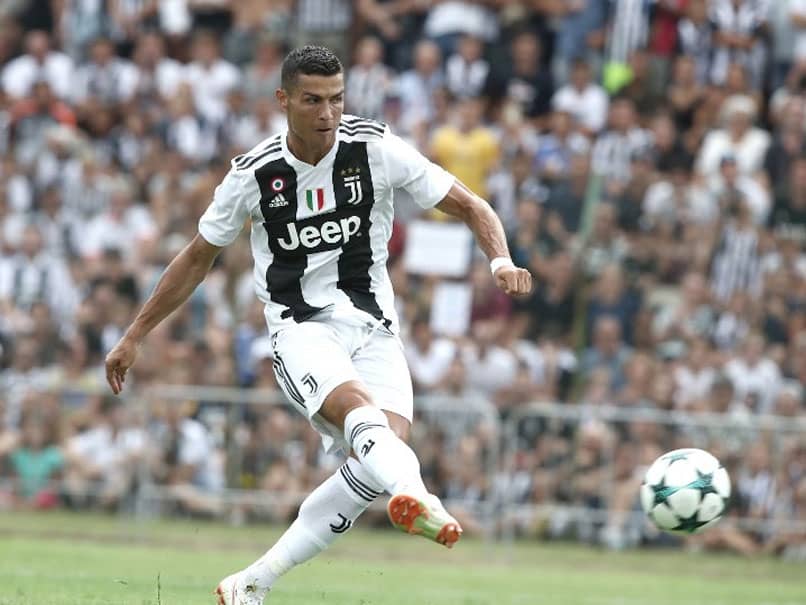 Cristiano Ronaldo will make his Serie A debut with Juventus taking on Chievo on Saturday.© AFP

Cristiano Ronaldo will make his much-anticipated Serie A debut for Juventus who open their campaign for an eighth straight Italian league title on Saturday against a sombre backdrop of a country in mourning following the Genoa bridge disaster. The five-time Ballon d'Or winner was the star signing of the summer season arriving amid great pomp and ceremony following a 100 million euro (USD 117 million) deal from Real Madrid. But it could be a low-key start for the 33-year-old Portuguese superstar against minnows Chievo in Verona's Stadio Bentegodi on Saturday on a day of national mourning for the victims of the Morandi bridge tradegy in the north-western port city.

The emotional impact of the disaster has led to the postponement of Serie A games involving local teams Sampdoria and Genoa who had been due to open their campaigns against Fiorentina and AC Milan.

But all other games will go ahead starting on Saturday -- the day of the 38 victims' funerals -- with last season's top two teams Juventus and Napoli in action.

A minute's silence will be held before each match with the players taking to the pitch wearing black armbands.

Much is expected of Ronaldo's presence in the Italian league this season after the low of Italy missing out on qualifying for the FIFA World Cup 2018 in Russia.

"Everyone can benefit. With Ronaldo all eyes will be on us and Serie A can regain ground. His purchase will result in the arrival of other big names to Serie A."

Midfielder Sami Khedira said he was eager to play alongside Ronaldo again, and forget his own dire World Cup campaign where Germany crashed out in the group stage.

"I can't wait to start the new season, and it's also fantastic to be able to play with Ronaldo again after the time we shared together at Real Madrid," Khedira said on Instagram.

"Despite the excitement for the new season though, this was one of the most difficult summers of my career.

"After a good season at Juventus in which I scored nine goals, I played my two worst games at the World Cup and it was awful."

As Ronaldo takes centre stage at his new team the surprise could be in defence with Andrea Barzagli and new signing Joao Cancelo vying for the role of right-back.

Napoli turn back to their quest for a first title since the days of Argentine star Diego Maradona in 1987 and 1990 after pushing Juventus to the line last season.

After claiming a record 91 points for a league runner-up, Maurizio Sarri exited the club for Chelsea with Italian Carlo Ancelotti making his return to Serie A for the first time in nearly a decade.

The much-travelled Italian arrives in Naples boasting three Champions League trophies from his spells with AC Milan and Real Madrid, and a Premier League title from his two-year stint at Chelsea.

Eusebio di Francesco's Roma -- third last season -- travel to Torino with Inter Milan, who also qualified for the Champions League visiting Sassuolo on Sunday, as Bologna and SPAL, who both survived at the death last season going head to head in a bid to start the season on a positive note.

Among the newcomers, Parma return to the top flight only three years after being declared bankrupt, hosting Udinese in their first game.

Also returning to Serie A are Empoli, a team from Florence, who start at home against Cagliari, and Frosinone, from south of Rome, who travel to Atalanta on Monday.

Cristiano Ronaldo Sami Khedira Football
Get the latest updates on IPL 2021, IPL Points Table , IPL Schedule 2021 , live score . Like us on Facebook or follow us on Twitter for more sports updates. You can also download the NDTV Cricket app for Android or iOS.