According to Italian press reports, the Indonesian businessman Thohir will acquire a majority 70 per cent stake in the club. 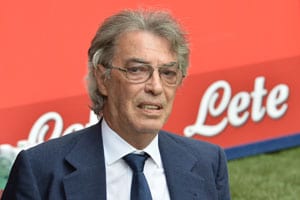 "We have signed with Thohir," Moratti said.

According to Italian press reports, Thohir will acquire a majority 70 per cent stake in the club.

Thohir had been linked with a takeover of the Serie A club since last season, which Inter finished in a disappointing ninth place, failing to qualify for European competition in the process.

Moratti and Thohir met twice, in May and June, this year but failed to reach agreement.

Inter, the last Italian side to win the Champions League, in 2010 when they won the treble under Jose Mourinho, are reported to be desperate for a move away from the San Siro ground they share with city rivals AC Milan.

Moratti is also keen for the club to take advantage of ripe markets in Asia which English Premiership giants like Manchester United have exploited.

Inter are one of the three biggest clubs in Italian football, along with city rivals AC Milan and champions Juventus.

Comments
Topics mentioned in this article
Football Real Madrid Celtic Inter Milan Liverpool Manchester United Aston Villa Stewart Downing
Get the latest updates on ICC T20 Worldcup 2022 and CWG 2022 check out the Schedule, Live Score and Medals Tally. Like us on Facebook or follow us on Twitter for more sports updates. You can also download the NDTV Cricket app for Android or iOS.