With this win, Chennai City FC (33 points) have now leapfrogged Real Kashmir (32) to the top of the table. 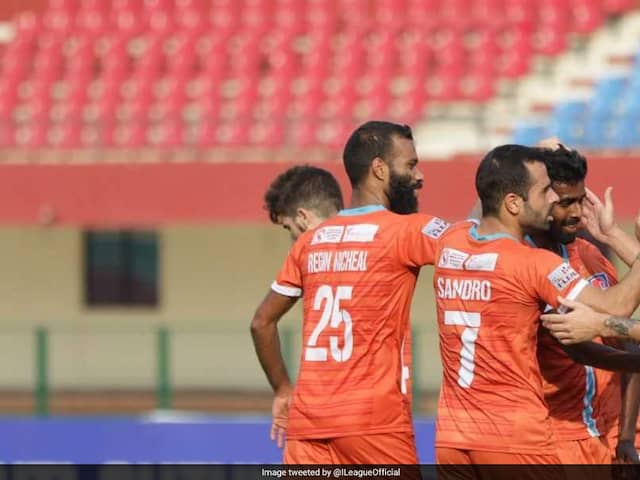 Chennai City FC are back on top in the I-League points table with a 2-0 win over Indian Arrows at the Kalinga Stadium in Bhubaneswar on Friday. Chennai City drew first blood in the 71st minute through Spanish midfielder Sandro's free kick and concluded their game with another goal from substitute N. Vijay (90'+1) during second half injury time. With this win, Chennai City FC (33 points) have now leapfrogged Real Kashmir (32) to the top of the table.

Chennai, as expected, started the game on an attacking note, in their effort to bag the three points. However, the young Indian Arrows, known for a solid defence, stood true to their reputation denying the visitors any clear chance. The visitors, who forged the attack mostly from the right flank, came close to scoring twice in the first half.

A beautiful header from Chennai City's Manzi, that was called off-side was saved by the Arrows keeper Samik Mitra. A second opportunity came the visitors' way when confusion within the Arrows area led to Jitendra almost heading in an own goal, but thanks to an alert Gill, the young Arrows were saved from an embarrassing moment.

Seconds later, Chennai City came close with another opportunity to score from a corner kick but full marks to Mitra for denying the dominant visitors any moment to take the lead, thereby wrapping up a goalless first half.

Chennai City kicked-off their second half on an attacking note again, looking desperately for a lead. They kept attacking at regular intervals but were unable to find a way to the back of the net beating the rock-solid defensive wall of the Indian Arrows.

A large part of the credit for a valiant show for Arrows goes to their goalkeeper Mitra, who stood tall to deny the Chennai City FC any opportunity to capitalise on errors. As the game entered the final quarter, Chennai City visibly grew frustrated with their inability to break into the Arrows defensive line.

Their efforts finally paid dividends when a silly tackle in the 71st minute from Indian Arrows from the edge of the box, led to a yellow card for Suresh Singh, gifting the visitors a free kick from a dangerous spot. Chennai's Spanish midfielder Sandro R made no mistakes thereafter, as he stole the opportunity, ensuring that this time the ball sailed into the goal.

The game thereafter changed gears a bit with Chennai City getting into a defensive mode, while the Arrows tried hard to attack but with no success. Chennai City FC kept attacking at regular intervals and they again found success in the first minute of the added time when substitute Vijay scored the second goal for the visitors on a rebound to finally seal the three points.