Hugo Lloris moved to White Hart Lane from Lyon in 2012 and has been a key member of Mauricio Pochettino's side while also winning 85 caps for France. 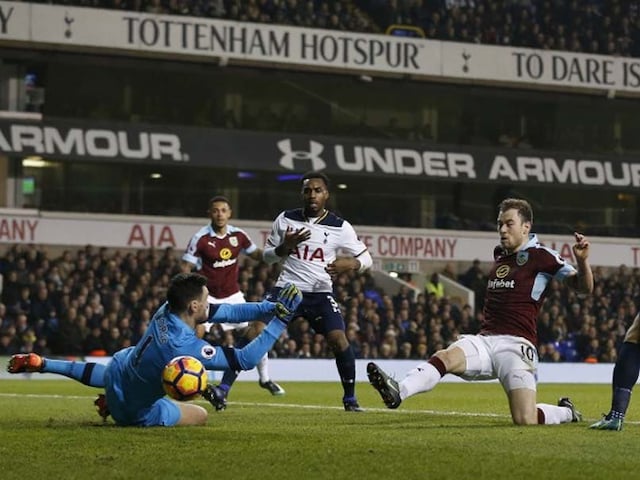 Hugo Lloris extended his contract until 2022 with Tottenham Hotspur© AFP

Tottenham Hotspur goalkeeper Hugo Lloris on Thursday extended his contract with the team until 2022, the Premier League Club announced on Thursday.

"We are delighted to announce that Hugo Lloris has signed a new contract with the club, which will run until 2022," Spurs announced on their official Twitter account.

Lloris, 29, moved to White Hart Lane from Lyon in 2012 and has been a key member of Mauricio Pochettino's side while also winning 85 caps for France.

"I'm very pleased with this new contract. It shows how much I believe in this project. and hopefully the best year is ahead," Lloris said.

lloris, who had been in talks with Spurs for more than a month over a new deal, will be 35 by the time his fresh contract expires.

He follows in the footsteps of striker Harry Kane and defender Jan Vertonghen, who earlier this month extended their contracts to 2022 and 2019 respectively.

Tottenham, who are next in action at Southampton next Wednesday, will laud Lloris' signature as a huge boost, given a host of top European clubs have been closely monitoring his status.

Comments
Topics mentioned in this article
Tottenham Hotspur Hugo Lloris Football
Get the latest Cricket news, check out the India cricket schedule, Cricket live score . Like us on Facebook or follow us on Twitter for more sports updates. You can also download the NDTV Cricket app for Android or iOS.