Hoffenheim's Croatian-born midfielder Boris Vukcevic is fighting for his life after undergoing surgery for serious head injuries he received during a car accident, hisBundesliga club revealed on Friday. 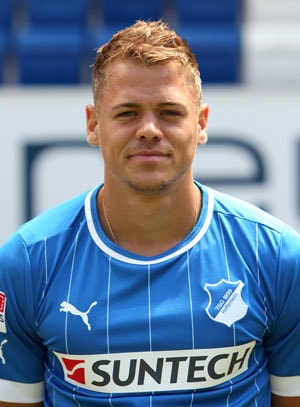 Hoffenheim's Croatian-born midfielder Boris Vukcevic is fighting for his life after undergoing surgery for serious head injuries he received during a car accident, his Bundesliga club revealed on Friday.

"Vukicevic underwent surgery immediately and was placed in an artificial coma," the club's sporting director Andreas Mueller said in a statement, adding that the 22-year-old's condition was "critical" and his "recovery unpredictable".

"We're all very shocked by the news. Our thoughts are with Boris and his family."

Local police said that the accident occurred early in the afternoon near Bammental in south western Germany when for an unknown reason a car crossed into the lane of oncoming traffic and was hit by a truck coming in the opposite direction.

The driver was airlifted to hospital in Heidelberg, while the truck driver only suffered minor injuries.

Vukcevic has played for Hoffenheim since 2008 but played just one match this season, scoring a goal in a 5-3 defeat to Freiburg two weeks ago.

Comments
Topics mentioned in this article
Boris Vukcevic Football
Get the latest updates on India vs Australia Series, check out the India vs Australia Schedule for 2020-21 and Ind vs Aus live score . Like us on Facebook or follow us on Twitter for more sports updates. You can also download the NDTV Cricket app for Android or iOS.