Bengaluru FC goalkeeper Gurpreet Singh Sandhu has been handed a two-match suspension and a fine of Rs 3 lakh by the Indian Super League for his "violent conduct" during his side's away match against FC Goa last week. 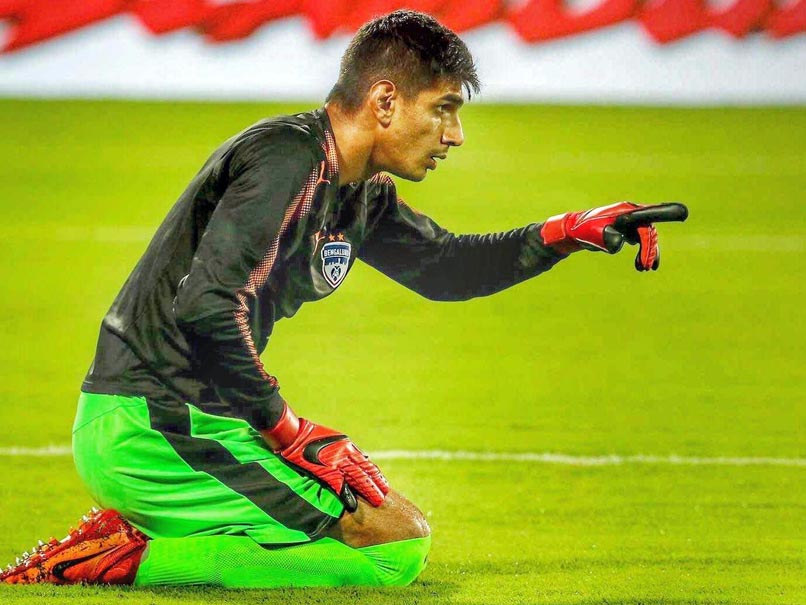 India's number one and Bengaluru FC goalkeeper Gurpreet Singh Sandhu has been handed a two-match suspension and a fine of Rs 3 lakh by the Indian Super League for his "violent conduct" during his side's away match against FC Goa last week. Gurpreet had a clash with Manuel Lanzarote Bruno, whom he shoved on the head from behind after the FC Goa player pushed him. The referee gave Gurpreet the marching orders while also awarding a penalty to FC Goa in the first half.

Bengaluru FC lost the match 3-4 at the Nehru Stadium at Margao on November 30.

"Bengaluru FC player, Jersey No. 1 Gurpreet Singh Sandhu has been handed a two-match suspension and fine of INR 3 Lakhs with immediate effect for the Hero Indian Super League 2017-18 season," the ISL said in a statement.

"AIFF Disciplinary Committee today announced the decision on the breach of AIFF Disciplinary Code Article 49 (misconduct against opponents or person other than match officials), based on the Referee's report of violent conduct by Gurpreet Singh Sandhu in Hero ISL Match No. 12 played between FC Goa and Bengaluru FC on 30 November 2017 at Jawaharlal Nehru Stadium, Goa," the statement added.

The ISL said the fine should be deposited to the All India Football Federation within 10 days from the date of communication of this decision and until such payment, the match suspension will continue, over and above the two-match suspension.

Gurpreet will sit out of Bengaluru FC's two upcoming away games, against NorthEast United FC (on December 8 in Guwahati) and FC Pune City (on December 14 in Pune).

Comments
Topics mentioned in this article
India Cricket Team Bengaluru FC FC Goa Gurpreet Singh Indian Super League Football
Get the latest updates on India vs Australia Series, check out the India vs Australia Schedule for 2020-21 and Ind vs Aus live score . Like us on Facebook or follow us on Twitter for more sports updates. You can also download the NDTV Cricket app for Android or iOS.