Women's World Cup: The Google Doodle celebrates the eighth edition of the FIFA Women's World Cup with a collage of characters from its upcoming series of doodles by guest artists representing each of the competing countries. 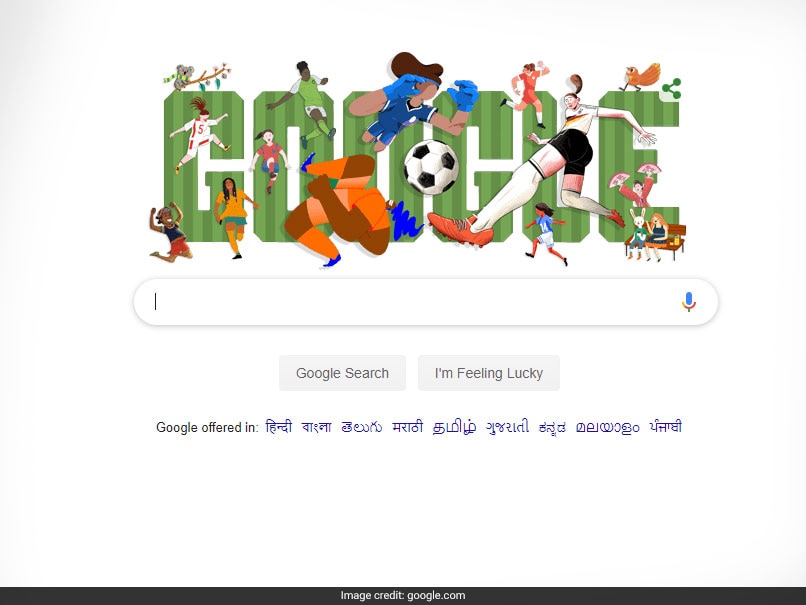 Google on Friday marked the commencement of the FIFA Women's World Cup 2019 in France with a doodle created around the teams participating in the football mega event. The caricature, Google notes, celebrates the eighth edition of the tournament with a collage of characters from its upcoming series of doodles by guest artists representing each of the competing countries. "Each Doodle will capture the local excitement of the World Cup competition as well as what soccer means to the guest artist personally," Google said in its description of Friday's doodle.

Over the next month, players from the national teams of 24 countries will compete, with the final match in the biggest Women's World Cup taking place on July 7 in Lyon, France.

"No one is more excited than Ettie, the French poussin, this year's official mascot!" Google said in a statement.

Seven teams will be making their eighth consecutive appearance in the Women's World Cup, including the American team, who return as defending champions looking to win their fourth title this year.

Four teams will be making their Women's World Cup debut in 2019: Chile, Scotland, South Africa, and Jamaica -- the first Caribbean team ever to qualify.