Gabriel Martinelli has scored 10 goals in 26 appearances for Arsenal this season since joining from Ituano last summer. 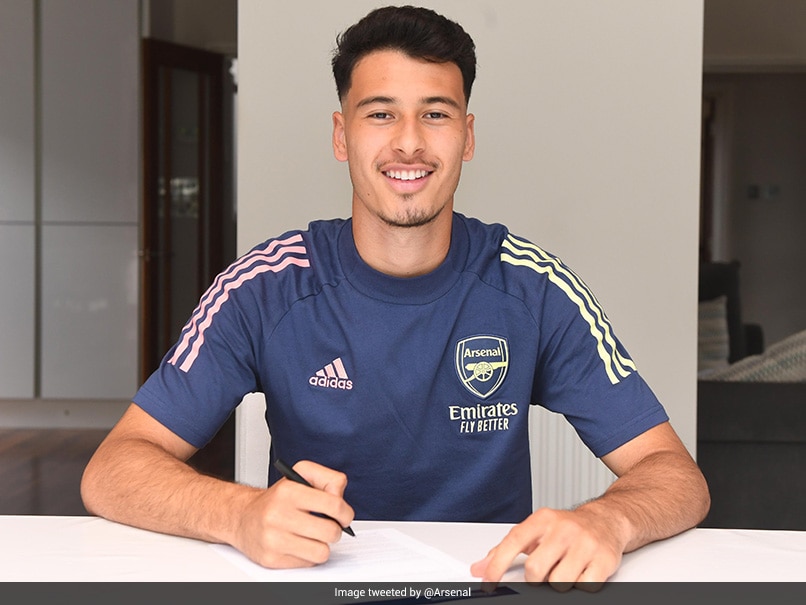 Gabriel Martinelli has signed a new long-term contract with Premier League side Arsenal. The 19-year-old Brazilian forward put pen to paper on his new deal exactly a year after he joined London club. The Arsenal youngster has scored 10 goals in 26 appearances for the Gunners this season since joining from Ituano last summer. "I am very happy that Gabi has signed a new contract with us. He is a very talented young player and he has impressed us with his performances, attitude and work-rate," Arsenal manager Mikel Arteta said in an official statement.

"We are looking forward to getting him back to full fitness and to watching his development at our club," he added.

The 19-year-old scored his first Premier League goal in Arsenal's 3-1 win over West Ham United in December and also became the first teenager to score 10 goals in a single season for Arsenal since Nicolas Anelka back in 1998-99.

On Wednesday, another youngster Bukayo Saka had signed a new long-term contract with Arsenal.

Arsenal Football
Get the latest updates on India vs South Africa and check out  Schedule, Results and Live Score. Like us on Facebook or follow us on Twitter for more sports updates. You can also download the NDTV Cricket app for Android or iOS.