Zlatan Ibrahimovic scored twice as defending Ligue 1 champions Paris Saint-Germain came from behind to hold Reims 2-2 in the opener. 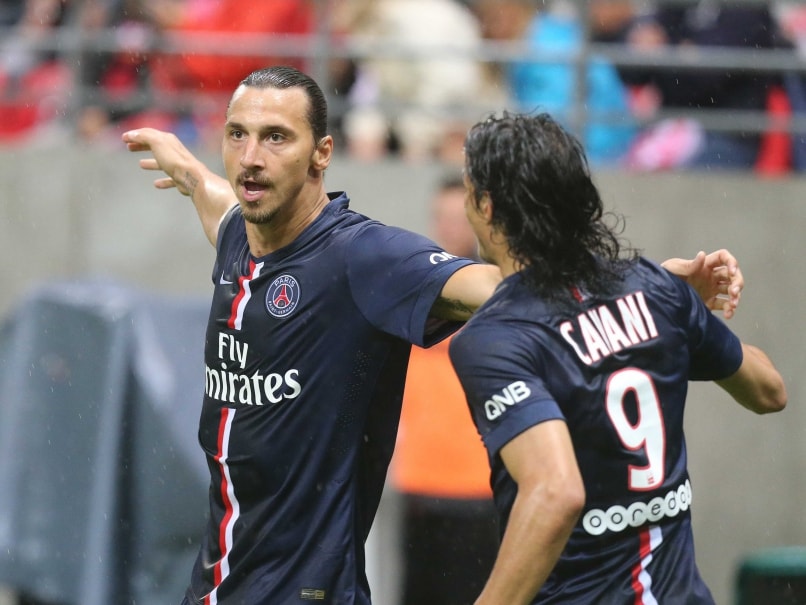 Zlatan Ibrahimovic took centre stage as reigning Ligue 1 champions Paris Saint-Germain had to come from behind to claim a 2-2 draw with Reims in the opening game of the new season on Friday.

The Swede, France's leading scorer and standout performer in each of the last two campaigns, scored one goal, was credited with another, and missed a penalty that he had won in a remarkable encounter at the Stade Auguste-Delaune.

After Ibrahimovic opened the scoring, goals from Prince Oniangue and Antoine Devaux had unfancied Reims in front at half-time in Champagne country, but Ibrahimovic saw parity restored in the second period when his cross was palmed across the line by home 'keeper Johny Placide.

It was not the ideal start to the season for the capital club, but coach Laurent Blanc had warned that PSG would need time to find their feet with a host of leading players only recently beginning their preparations after taking holidays in the wake of the World Cup.

And starting slowly is nothing new for PSG, who have now failed to win their opening match in any of the four seasons since Qatar Sports Investments began their revolution at the club in 2011.

"I thought my team played well. My only reproach is that they didn't kill the game off inside the first 20 minutes," Blanc told beIN Sports television.

"We expected it to be difficult and we didn't get the result we wanted but it is encouraging for the future because nobody could have complained had we been 4-0 up early on."

Summer signing David Luiz did not feature in the visitors' squad, while Yohan Cabaye, Blaise Matuidi, Maxwell and Ezequiel Lavezzi were also absent, but Brazil's Thiago Silva surprisingly started, and captained the side, having only come back to Paris earlier this week.

On a wet night, Silva was a spectator for much of the opening 20 minutes as Paris threatened to embarrass their hosts.

Ibrahimovic, scorer of a brace in last weekend's 2-0 Champions Trophy victory against Guingamp in Beijing, broke the deadlock inside seven minutes with a low finish under Placide after good work by Javier Pastore.

The big striker was then furious with Lucas after the Brazilian attempted, unsuccessfully, to dribble round the 'keeper instead of tee up his colleague, who had the goal gaping.

But when Marco Verratti laid another chance on a plate for Ibrahimovic moments later, he hit the post rather than roll the ball into an empty net.

Reims could not cope with their opponents' attacking quality, but they were again let off the hook on 20 minutes when Ibrahimovic, having won a penalty after going down rather easily under a Mickael Tacalfred challenge, saw his spot-kick saved by Placide.

And the hosts, playing their first competitive game since the summer appointment as coach of Jean-Luc Vasseur to replace Lyon-bound Hubert Fournier, soon punished PSG's profligacy.

Congolese midfielder Oniangue got the equaliser when he turned in an Aissa Mandi free-kick that had been missed by Gregory Van der Wiel at the near post, and then Devaux slotted in his side's second after running half the length of the pitch and exchanging passes with Gaetan Charbonnier.

Vasseur's side could not maintain their advantage after the restart, though, as PSG applied the pressure.

It was 2-2 just after the hour mark when Ibrahimovic skipped away from Tacalfred and held up a spinning cross that did for the falling Placide, who could only palm it over his own line and then out again.

If there was any doubt, Edinson Cavani made sure by tucking home the rebound, but the goal was credited to Ibrahimovic.

PSG could not find a winner however, coming closest when substitute Clement Chantome's stoppage-time attempt was cleared off the line by the alert Mandi.

Comments
Topics mentioned in this article
Zlatan Ibrahimovic Paris SG Football
Get the latest updates on T20 World Cup, check out the T20 World Cup Schedule and Live Score . Like us on Facebook or follow us on Twitter for more sports updates. You can also download the NDTV Cricket app for Android or iOS.