With five minutes stoppage time on the clock, Monaco's Lavyin Kurzawa grabbed the all-important goal which secured the three points against Reims which had twice appeared to have slipped form his side's grasp.

A last-gasp winner from defender Layvin Kurzawa lifted Monaco to a 3-2 victory over Reims and to within two points of French league leaders Paris Saint-Germain on Friday night. 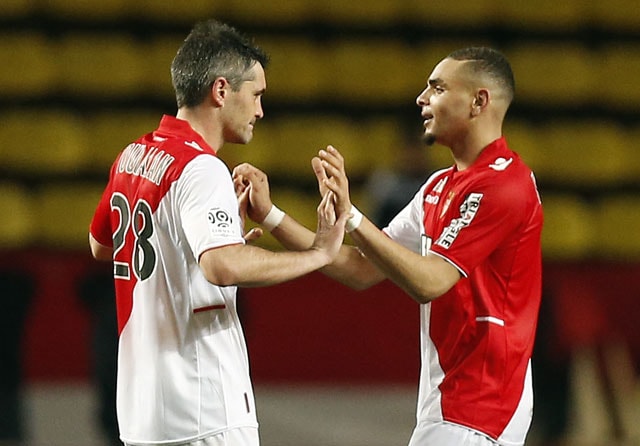 With five minutes stoppage time on the clock, Kurzawa grabbed the all-important goal which secured the three points which had twice appeared to have slipped form Monaco's grasp.

Valere Germain had headed them ahead in the eighth minute, only for Congolese midfielder Prince Oniague to level in the 53rd.

And Onziague was on hand again to level a second time in the 71st minute after Jeremy Toulalan had struck only his second career goal to put Monaco in front again on 63 minutes.

Toulalan's only previous league goal came back in 2004 when he was playing for Nantes against Strasbourg.

Paris Saint-Germain, fresh from their midweek Champions League exploits in the 4-0 win over Germany's Bayer Leverkusen, can restore their five-point advantage on Saturday night when they travel to Toulouse.