The AIFF will be hosting the inaugural edition of the four-nation Intercontinental Cup to be played at the Mumbai Football Arena from June 1 to 10. 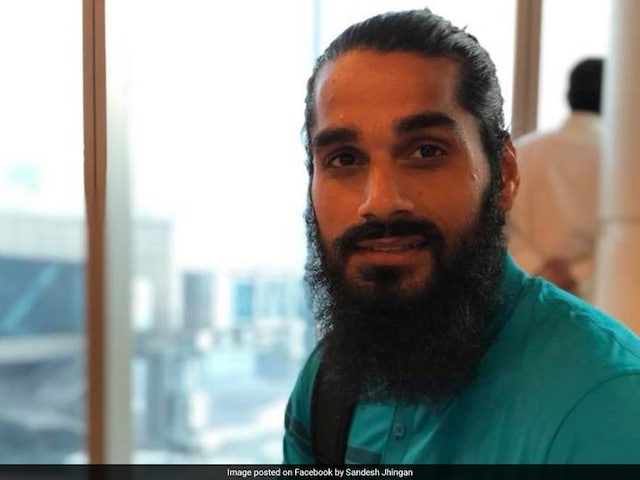 Indian football team premier defender Sandesh Jhingan is hopeful that the upcoming four-nation tournament in June to be played would be a good test for the side. The AIFF will be hosting the inaugural edition of the four-nation Intercontinental Cup to be played at the Mumbai Football Arena from June 1 to 10. Apart from India, South Africa, New Zealand and Chinese Taipei will take part in the Quadrangular tourney. "That (the Intercontinental Cup) is really good. Our main priority is to be ready for the Asian Cup and it starts in January. This tournament, along with the teams that are coming in including New Zealand, will be a very good test for us," the 24-year-old defender told news agency PTI. "The better teams you play, the better you get. It (the tournament) is the right opportunity to test ourselves. We never come across teams like these quite often -- New Zealand, South Africa, they are going to play a different kind of football," Jhingan said.

He was speaking on the sidelines of a fan-engagement activity organised by Star Sports on Sunday night.

"Of course, it will be good preparation ahead of Asian Cup (next year). I believe that they (South Africa, New Zealand) are good sides and I believe we need to play good teams," he added.

Jhingan said that apart from maintaining peak fitness, he is also aiming to improve on the technical and tactical side of his game.

"I am working on a lot of things. I need to improve upon my fitness and that's the priority. I am still learning, I am just 24. The technical and tactical side, all areas I have to improve and I am going to keep improving," he added.

Jhingan also revealed that while he is a big Manchester United fan, his elder brother follows rival club Arsenal.

"I follow Manchester United, my elder brother is an Arsenal fan and there is rivalry among the house but I just love Man U and the love gets better and better," he signed off.

Comments
Topics mentioned in this article
India Football Team Sandesh Jhingan Football
Get the latest Cricket news, check out the India cricket schedule, Cricket live score . Like us on Facebook or follow us on Twitter for more sports updates. You can also download the NDTV Cricket app for Android or iOS.